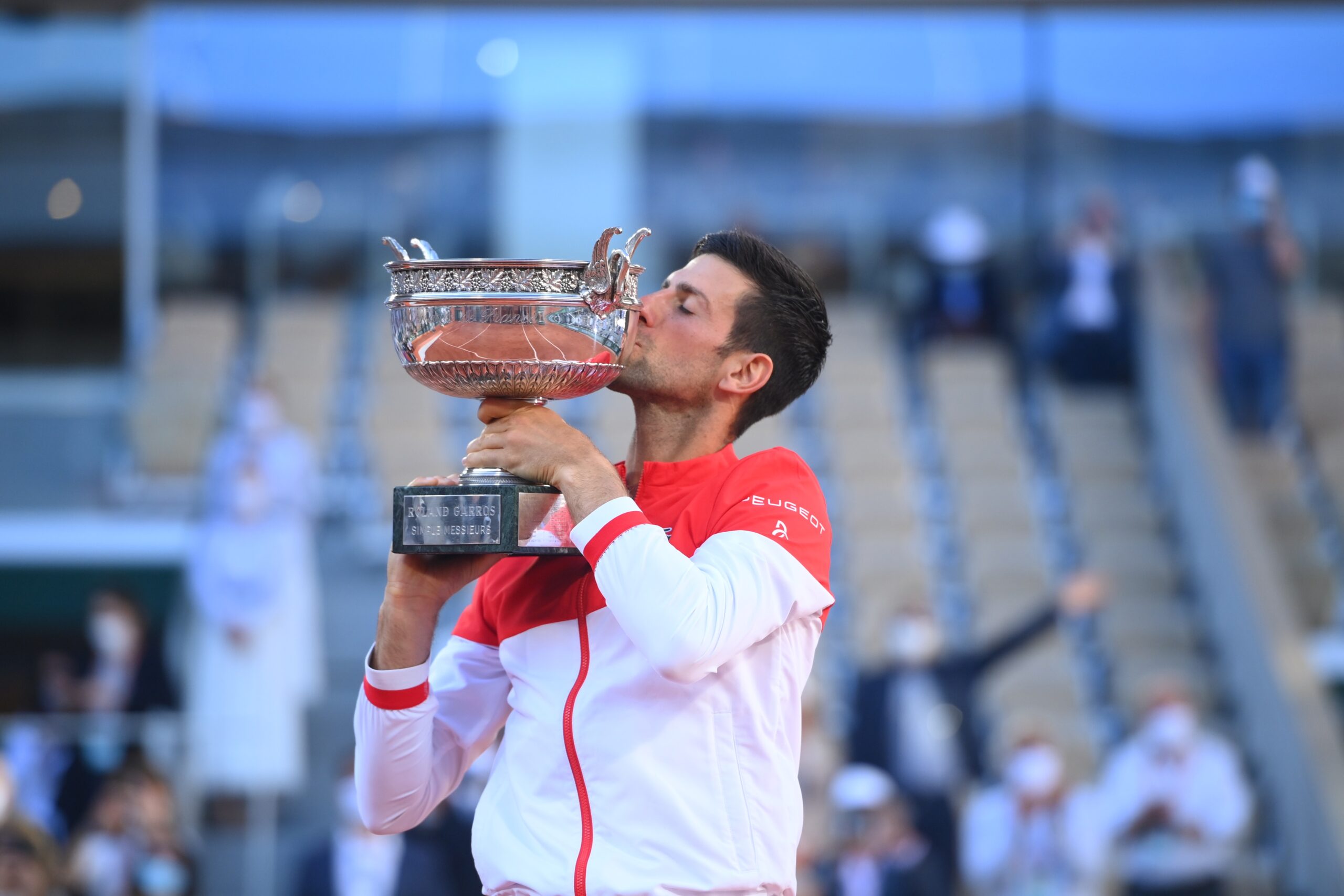 World number one, Novak Djokovic has won his 19th Grand Slam title after pulling off an incredible comeback in the French Open final on Sunday.

Greek fifth seed Tsitsipas was playing in the final of a Grand Slam for the first time, but showed great strength as he ran to a 2-0 lead and also kept the pressure on Djokovic in the deciding set.

Victory for Djokovic takes him alongside legends Roy Emerson and Rod Laver as the only men to capture the four majors more than once.

But counting from 1968 when the Open Era began, Djokovic is the first man to win all four Grand Slams twice, having previously won at Roland Garros in 2016.

The victory also moves Djokovic one major title behind the men’s record jointly held by Rafael Nadal and Roger Federer, with 20 Grand Slam titles each.

“It was a big fight out there, I tried my best and did as much as I could. It was a good first time playing here in the finals, I had a good run and I’m happy with myself,” said Tsitsipas

Djokovic had ended the reign of 13-time winner Rafael Nadal at the Paris tournament after the Serb came out winner in their semifinal tie two days ago.

“It’s a dream to be here with great champions like Jim Courier and Bjorn Borg and it’s an honour to be on the stage with these guys who have written the history of our sport. It’s really a pleasure to be here,” said Djokovic

“I would like to say a few words to Stefanos. I can relate to what he’s going through and I understand how difficult it is to lose in the final. These are the kind of matches you learn from most and knowing him and his team, he will come out much stronger.

“I definitely believe he will win many Grand Slams in the future so respect to you and your team,” he added.

Djokovic could catch up with Federer and Nadalnon 20 Grand Slam titles next month if he fights on to win Wimbledon.