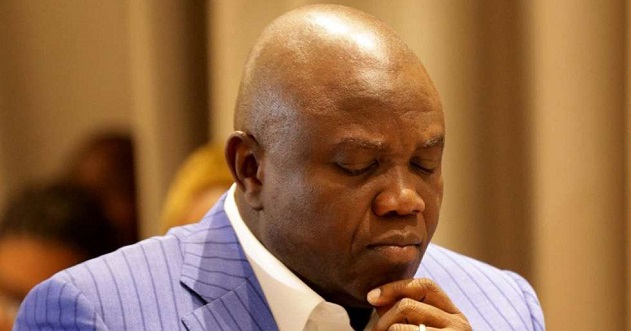 Emerging reports show that the Economic and Financial Crimes Commissioning (EFCC) has moved in on the immediate former governor of Lagos State, Akinkunmi Ambode.

Operatives of the anti-graft agency on Tuesday raided the Epe, Lagos home of the former governor.

Recall that Ripples Nigeria had suggested that the EFCC was going after Ambode when a Federal High Court in Lagos granted the request by the commission to freeze three bank accounts said to belong to the Lagos State Government over an alleged fraud of N9.9bn.

In an affidavit filed in support of the ex parte application, a member of the EFCC investigating team, Kungmi Daniel, said the commission discovered “a huge inflow of N9,927,714,443.29” from the state accounts into an FCMB bank account opened on September 17, 2018 during the administration of former governor Akinwunmi Ambode.

Reacting to the development, Ambode, in a statement issued by his media aide, Habib Aruna, had denied claims he was involved in an alleged N9.9 billion fraud, adding, that none of his accounts contained the alleged sum and neither was any of his accounts frozen by the EFCC. He insisted his record was clean.

When contacted for comments on the raid on Ambode’s home, spokesman for the EFCC, Tony Orilade said, it was not yet confirmed, and that he would give further details in due course.