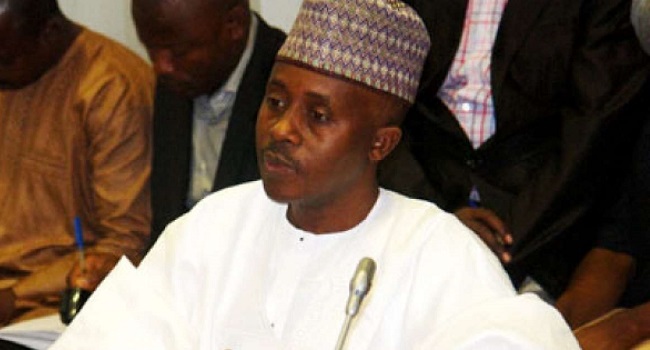 The former Chairman of the House of Representatives ad-hoc committee on Petroleum Subsidy, Farouk Lawan has been sentenced to seven years imprisonment by a High Court sitting in Abuja on Tuesday.

Angela Otaluka, the trial judge, who delivered the verdict noted that there were elements of corruption in Lawan’s conduct as the chairman of the then-House of Representatives ad-hoc committee investigating the fraud around the fuel subsidy regime.

The former lawmaker was prosecuted on charges of receiving a bribe of $500,000 from Femi Otedola, a billionaire oil magnate.

This was in order to exonerate Zelon Petroleum and Gas Limited from the list of companies in the fuel subsidy scam.

The judge said, “Count One of the charges is not based on suspicion but on credible evidence. The defendant (Mr Lawan) corruptly asked for $3million and received a $500,000 bribe in two tranches from Femi Otedola.

“The conduct of the defendant established the ingredients of corruption which he was charged to court, as he did not report any case of inducement to any law enforcement agency”.

For counts one and two the court sentenced him to seven years while for count three he was sentenced to five years.

The sentences are to run concurrently.

The court also ordered that the defendant return the sum of $500,000 to the Federal Government.