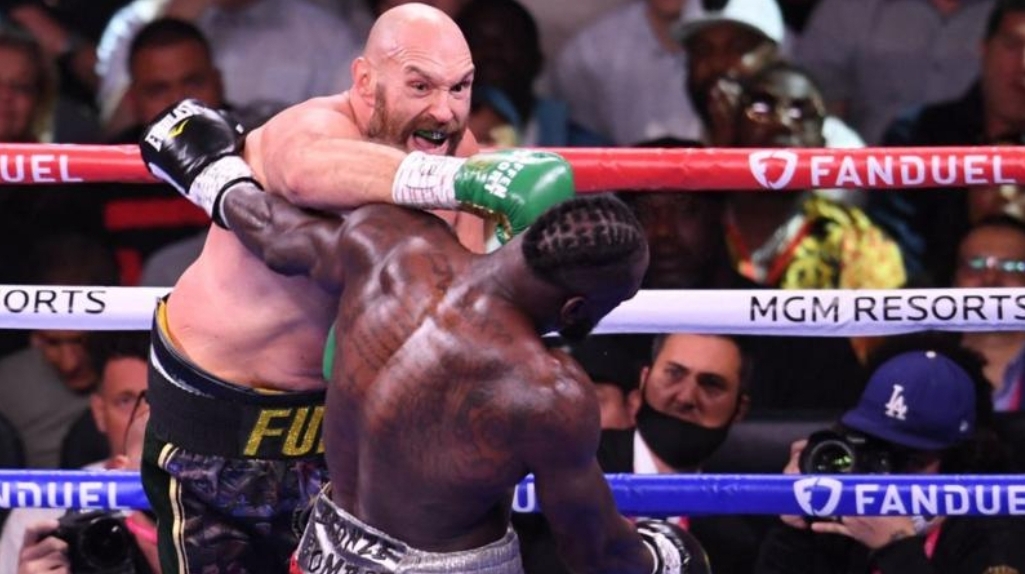 The fight which took place at T-Mobile Arena in Las Vegas on Saturday night (Sunday morning, Nigeria time) saw Fury knock Wilder out in the 11th round.

The trilogy bout produced another classic on an electric night, with Fury delivering a thrilling knockout over Wilder, who he dethroned 20 months ago in their second fight after the first was judged a draw.

Despite being floored twice in the fourth round by a resilient Wilder, 33-year-old Fury fought back to now extend his undefeated professional record to 32 fights.

Wilder was hanging on by the end of the seventh round, and in the 10th, Fury knocked him down once more, before delivering to the final blow in the 11th to bring their fight to a close.

“I was down a couple of times, I was hurt, Wilder is a strong puncher,” said Fury.

“It was a great fight. I will not make any excuses, Wilder is a top fighter, he gave me a run for my money.

“I always say I am the best fighter in the world and he is the second best.

“Don’t ever doubt me. When the chips are down I can always deliver.”

Bronze Bomber, as Wilder is called, blamed his costume after his defeat in their rematch 20 months ago, but might have nothing to blame for his loss this time.

Eagles land in Douala for second leg of WCQ against CAR