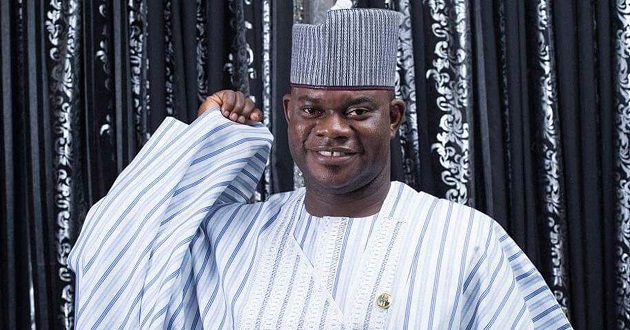 The buzz surrounding the conduct of the primary election of the All Progressives Congress (APC) in Kogi State seems resolved as the Federal High Court in Abuja on Monday dismissed a suit challenging the decision of the party to adopt indirect primary for nominating its candidate for the forthcoming November 16, 2019 governorship election in Kogi State.

The judgment puts incumbent governor Yahaya Bello in pole position to clinch the APC guber ticket as he had angled for indirect primaries.

The judge, Justice Taiwo Taiwo, upheld the preliminary objections filed by the APC to challenge the suit, in ruling that the suit had been caught by the statute of limitation.

He said it was needless to go into the proprietary of the party’s choice of indirect primary since the court lacked the jurisdiction to hear the case on merit, having been statute-barred.

The Judge gave the ruling on Monday in the suit was instituted by the Chairman and Secretary of a parallel executive committee of the APC in Kogi State, Haddy Ametuo, and Tam Adejoh, respectively.

The said foundational suit was instituted against the APC, and Abdullahi Bello, who is the Chairman of the Governor Yahaya Bello-backed faction of the party in the state.

The Bello-led faction of the APC in the state is recognised by the national bodies of the party.

Delivering judgment on the suit challenging the APC’s adopted mode of primary election in the state, Justice Taiwo held, “I do not intend to waste judicial time on this suit FHC/ABJ/CS/883/2019 in view of the ruling on the suit FHC/ABJ/CS/581/2018 read a few minutes ago, dismissing the suit for being caught by statute of limitation as provided under section 285(10) of the Constitution.”

He ruled that “it will be pointless to consider the proprietary of this suit”, when its foundational suit had been dismissed.

“The court not being an academic institution does not engage in academic exercise,” the judge ruled.

He added, “This suit has been spent and its resolution has become unnecessary in view of my earlier judgment.

“Answering the questions will bear no consequence on the dispute between the parties.

“I therefore has no choice other than to dismiss the suit in its entirety and I accordingly dismiss it.”

The suit was instituted by Destiny Aromeh, Isah Abubakar, Noah Aku and Joy Onu, who are members of a parallel executive committee of the APC in Kogi State.

It was instituted against the APC as the sole defendant.

The plaintiffs represented by Mr. Oluwole Aladedoye, had urged the court to order the party not to adopt indirect primary to pave the way for a direct primary which would allow all card-carrying members of the party to vote.