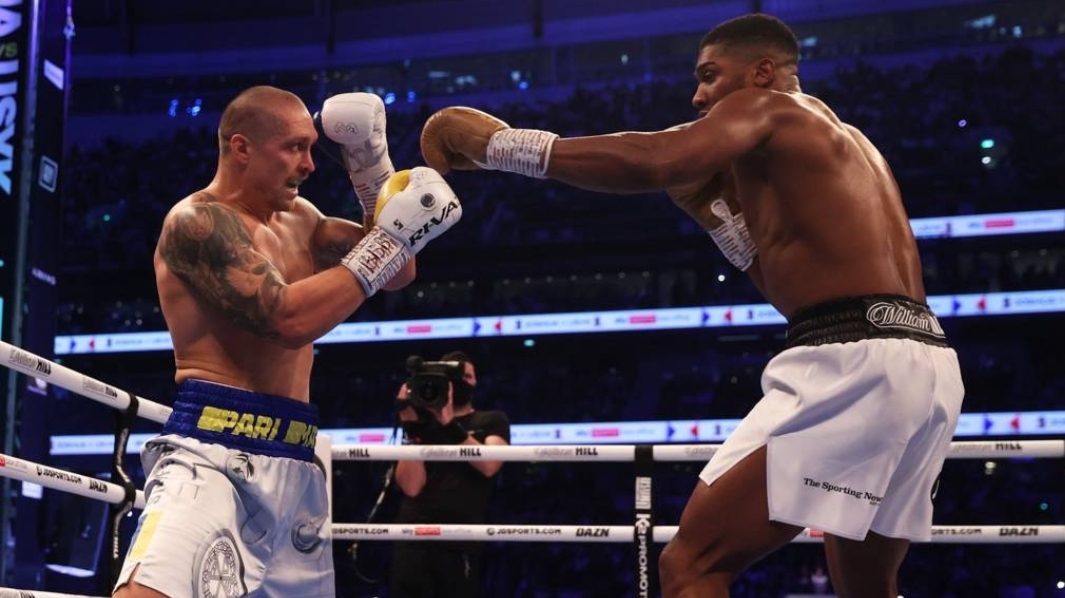 The thrilling contest held at the Tottenham Stadium on Saturday night saw Joshua stripped of his WBA, IBF and WBO titles by a former undisputed cruiserweight world champion.

Usyk, who was in tears when the decision was announced following a superb performance, now has four belts at heavyweight having held all belts at cruiserweight.

It was a shock defeat for Joshua, who had clinch 24 wins and just one loss prior to the match, but was outboxed by Usyk as he was nearly knocked out in the last round.

“This means a lot for me. The fight went the way I expected it to go. There were moments when Anthony pushed me hard but it was nothing special,” said the new heavyweight champion, who now has 19 wins from 19 pro fights.

“I had no objective to knock him out because my corner pushed me not to do that. In the beginning, I tried to hit him hard, but then I stuck to my job.

“The only thing I wanted to do with this fight is to give praise to Jesus Christ.

“I have been working so hard since January in preparation for this fight, it took me half a year and I didn’t see my family for so long. I missed seeing them playing.

“I want to go home and be happy with my family and I’m not thinking about the rematch.”

Joshua had been billed to fight fellow Briton Tyson Fury in a unification match that would have seen the winner become the undisputed heavyweight champion, but plans collapsed.

Joshua then opted to face his WBO mandatory challenger, Usyk instead – a fight that appeared easier – but was stunned by the 34-year-old, who, like the Klitscho brothers, has brought heavyweight glory to Ukraine.