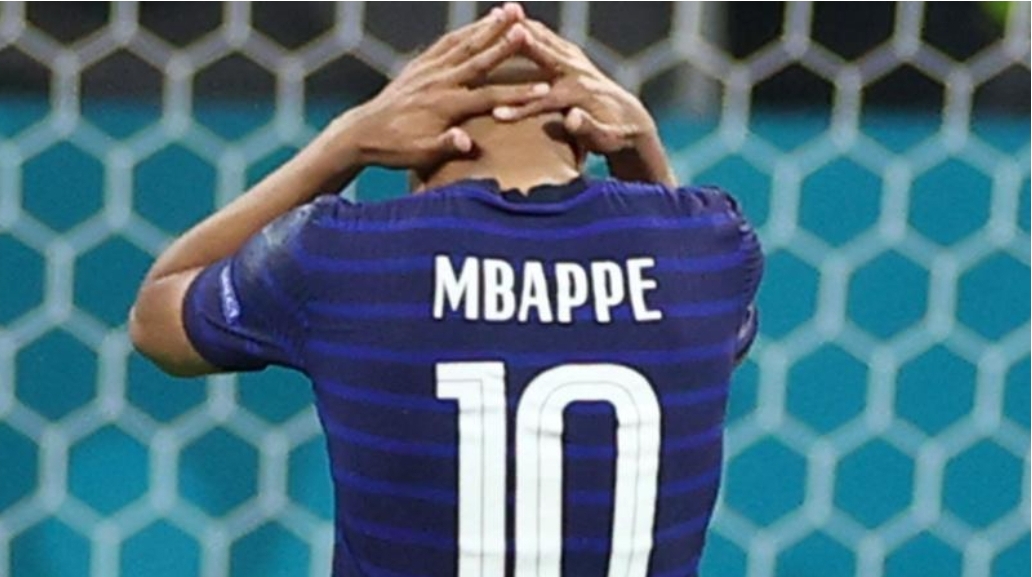 Paris Saint-Germain forward, Kylian Mbappe missed his penalty kick during a shootout as France crashed out of Euro 2020 following defeat to Switzerland.

After nine successful shots – five from the Swiss and four from the French – Mbappe took the 10th kick and it was saved by goalkeeper Yann Sommer.

The shootout followed a thrilling 120 minutes of football which saw both sides battle to a 3-3 draw at National Arena in Bucharest, Romania.

This is considered as the biggest shock of the Euro 2020 so far, as World Champions France had been tipped to win the tournament even before the start.

The Swiss opened scoring when Haris Seferovic headed in on 15 minutes and they had a penalty saved that could have made it 2-0 before Karim Benzema scored twice and Paul Pogba put France 3-1 up with a screamer.

But in a swift comeback, Seferovic headed in his second goal on 81 minutes before substitute Mario Gavranovic hammered in a 90th-minute equaliser to send the game to extra time.

Both teams fought for a winner but showed tiredness inside the 30 minutes, as the game went into penalties and the Swiss won 5-4.

Switzerland, who are progressing from a major tournament knockout game for the first time since 1938, will now face Spain in the quarterfinals.

Spain had clinched their last-eight spot earlier in the day by beating Croatia 5-3 after extra time.