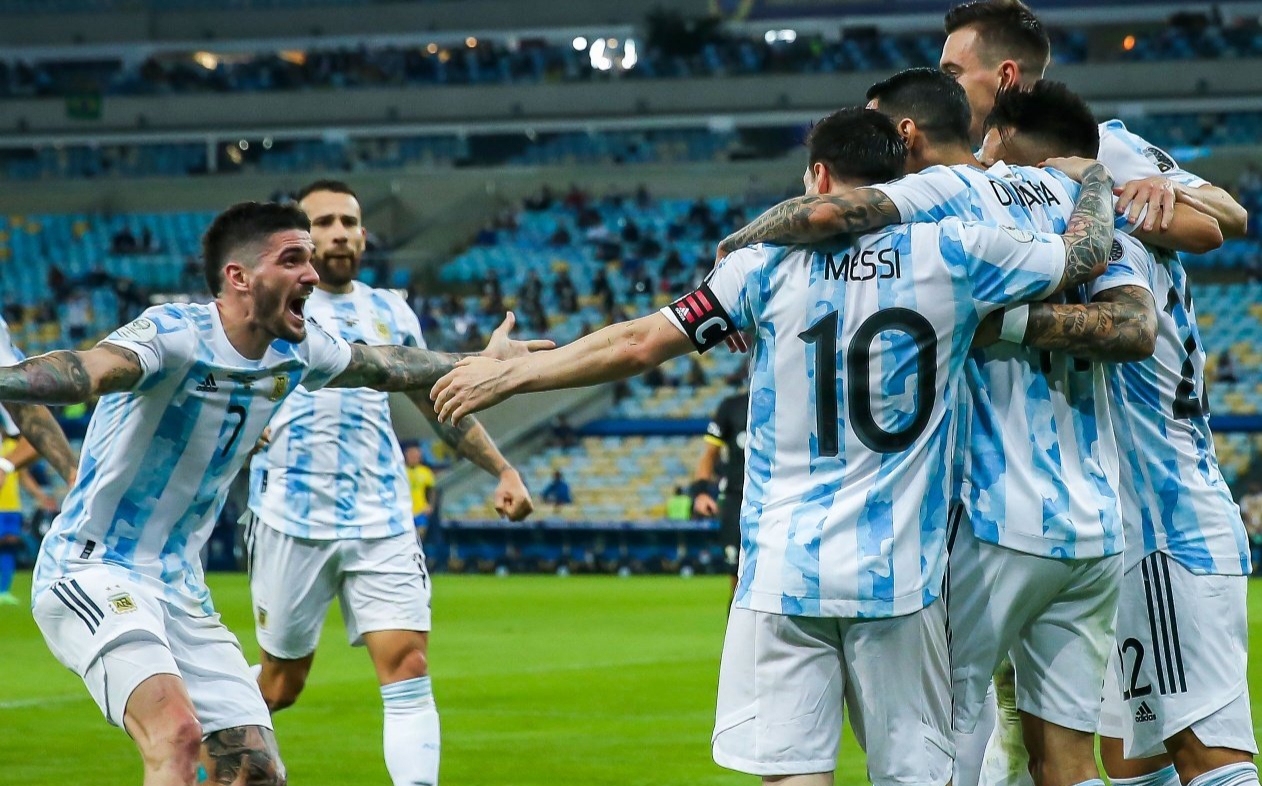 Lionel Messi has finally won a major tournament with Argentina after helping his team beat Brazil in the Copa America final Sunday morning.

The Barcelona forward, who has six Ballon d’Or titles to his name, had waited so long for a senior international title despite his many triumphs at club side.

Messi helped Argentina clinch a 1-0 victory over hosts Brazil at the iconic Maracana stadium in Rio, with Angel di Maria scoring the winner with a super lob on 22 minutes.

The triumph for Argentina breaks a 28-year jinx for the 15-time champions, as the team successfully lifted their first Copa America title in 28 years.

Read Also: Copa America final will be like playing video game with my friend Messi —Neymar

The game which was watched live by 7,000 invited guests saw defending champions Brazil defeated, with Neymar missing yet another chance to clinch a first international trophy.

The last time Argentina won the Copa America – or any other title for that matter – was in 1993, when Messi was barely six years old.

But the 34-year-old, who missed a clear chance to sign off the win on 89 minutes, ended the long wait for himself and his country in his 10th major tournament appearance.

Argentina has now won the Copa America 15 times, a joint record with Uruguay. But Argentina are the only team to win the title three consecutive times (1945–1947).