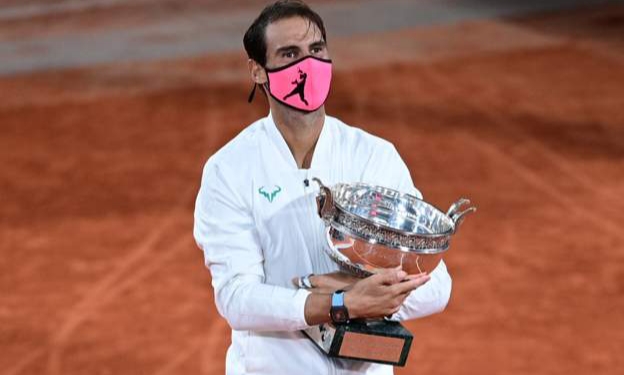 Rafael Nadal has won his 20th Grand Slam title after defeating rival, Novak Djokovic in the final of the 2020 French Open on Sunday.

With 20 major titles, the Spanish tennis great moves level with Roger Federer’s all-time leading men’s tally, as the battle to finish with the most major wins, continues.

Victory on Sunday means ‘King of Clay’ Nadal continues his dominance in Paris, having lost just two games in 16 years at Roland Garros, and has won 100 games on clay.

“Today you showed why you are king of the clay. I have experienced it,” said Djokovic, who lost a completed match for the first time in 2020.

“I am not so pleased with the way I played but I was definitely outplayed by a better player on the court today.”

Speaking after lifting the title, Nadal also heaped praises on Djokovic who he said was doing “something very special” to the sport.

“For me winning here another time, I can’t even say it is a dream.

“It is out of my thoughts. I am super happy. This court is the most important court in my tennis career.

“Just to play here is a true inspiration and the love story I have with this city and this court is unforgettable,” he added.