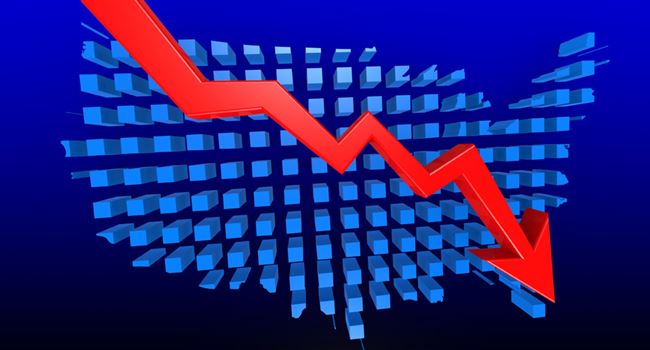 The GDP which measures the total monetary or market value of all the finished goods and services produced within its borders, contracted by 6.10% year on year in real terms in the second quarter of the year.

It marked an end to a three-year of low but positive real growth rates witnessed since the 2016/2017 recession.

“The decline was largely attributable to significantly lower levels of both domestic and international economic activity during the quarter, which resulted from nationwide shutdown efforts aimed at containing the COVID-19 pandemic.

“The domestic efforts ranged from initial restrictions of human and vehicular movement implemented in only a few states to a nationwide curfew, bans on domestic and international travel, closure of schools and markets etc., affecting both local and international trade”, the NBS said in its Nigerian Gross Domestic Product Report (Q2 2020).

“The Oil sector contributed 8.93% to total real GDP in Q2 2020, down from figures recorded in the corresponding period of 2019 and the preceding quarter, where it contributed 8.98% and 9.50% respectively,” the NBS said.

Nigeria’s non-oil sector tightened by -6.05% in real terms in the review period, the first decline in real non-oil GDP growth rate since Q3 2017.

The International Monetary Fund has projected Nigeria’s GDP will fall by 5.4% this year but the Nigerian government expects it to shrink by 8.9% in 2020.

Figures released by the NBS earlier this month revealed the nation’s unemployment rate for Q2 2020 stood at 27.1% while inflation rose for the 11th consecutive month in July to 12.82%, its peak in over two years.

From N-power to colony of unemployment