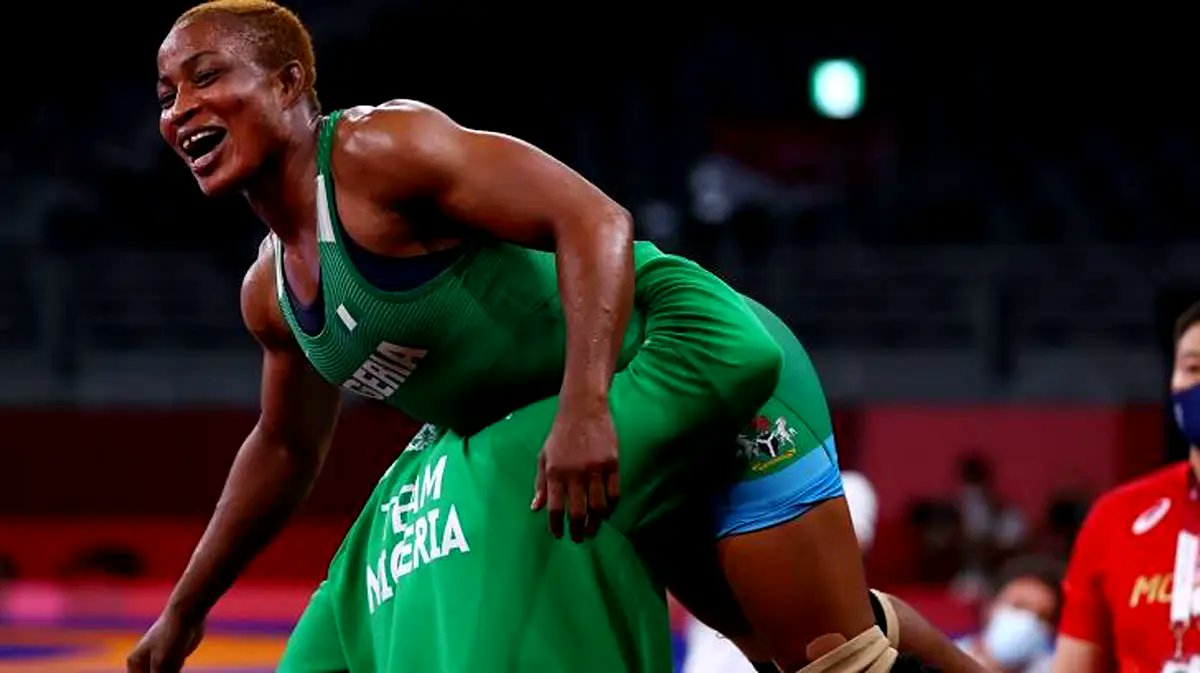 Team Nigeria now have two medals at the ongoing Tokyo Olympic Games after Blessing Oborodudu won a silver medal in the 68kg wrestling final on Tuesday.

The feat was Nigeria’s first medal in wrestling in the history of the Olympic Games.

Oborodudu, who won two consecutive fights on Monday to clinch a spot in the final, fought valiantly Tuesday afternoon but was overpowerd by her opponent.

Gold winner, USA’s Tamyra Stock-Mensah claimed a 4-1 victory in the fight to deny Oborodudu a more perfect finish in Tokyo.

Team Nigeria had gone 10 days without a medal at the ongoing Games at the Japanese capital, but have already bagged two medals on Day 11.

Brume, who is the African record holder, won the bronze medal after leaping 6.97m, behind Germany’s Malaika Mihambo who clinched gold with 7.00m and USA’s Brittney Reese with 6.97m for Silver distance on countback.

Brume’s feat broke the jinx for Nigeria, who had not won a medal in Athletics at the Olympics since 2008, when Blessing Okagbare won silver in the long jump event in Beijing.

JUST IN: Oduduru narrowly misses out on men’s 200m final at Tokyo Olympics