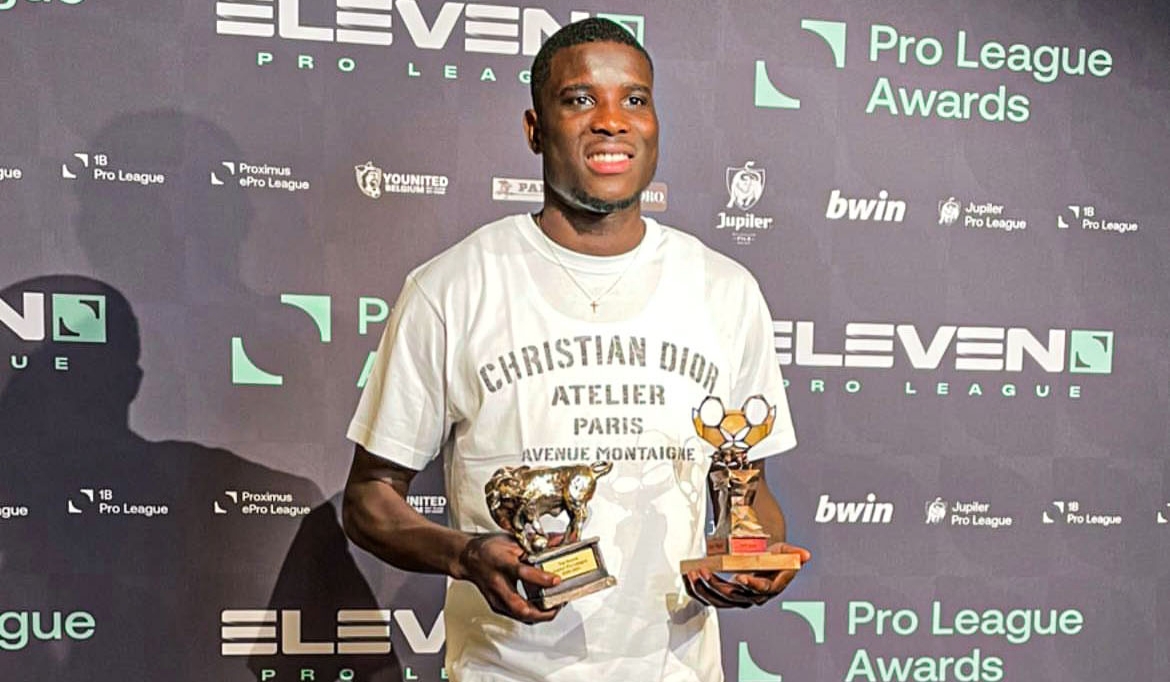 The 26-year-old, who plays for Genk, beat Club Brugge’s Noa Lang and Beerschot’s Raphael Holzhauser to the individual prize.

He also bagged the Golden Boot (Golden ‘Bull’ in Belgium) after scoring 33 goals and providing five assists in 38 league appearances for the Smurfs.

Genk failed to win the league as they came second behind winners Club Brugge.

But the club won the Belgian Cup, with Onuachu playing a key role in their race to the title.

The Nigeria international has been
reportedly linked with a move to big European outfits like Sevilla, Liverpool, Celtic and RB Leipzig.