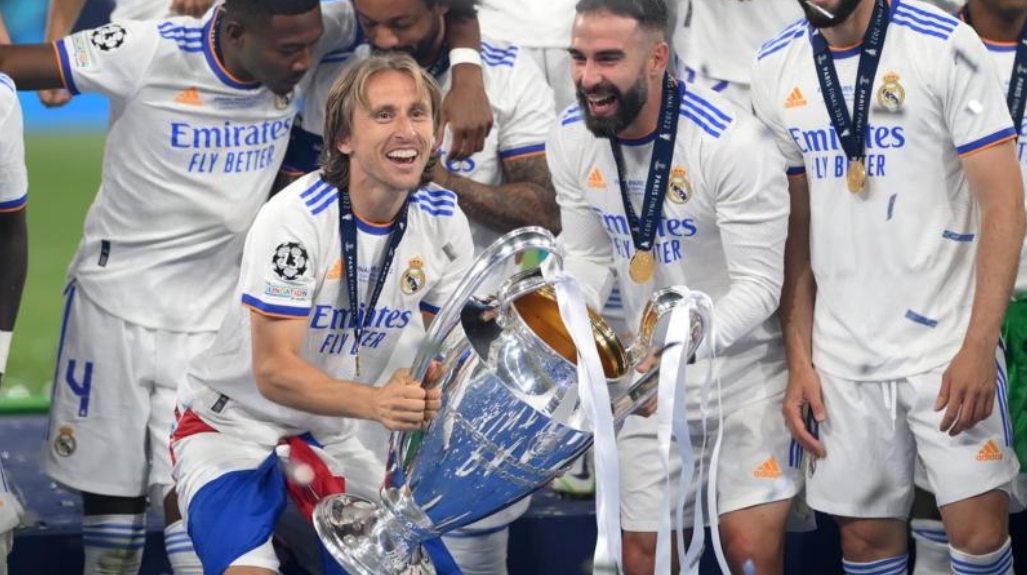 Spanish champions, Real Madrid have emerged winners of the UEFA Champions League after beating Liverpool 1-0 in the final on Saturday night.

The encounter, which started 36 minutes later than supposed due to ‘security reasons’ in Paris, saw Vinicius Junior net the only goal of the game on 59 minutes.

Karim Benzema thought he had opened the scoring in the first half but the goal was controversially ruled out for offside.

Liverpool made efforts to equalize late on, with Mohamed Salah and Sadio Mane almost leveling, but Real held on to emerge champions of Europe for the 14th time.

The Jurgen Klopp side had several attempts on target but were frustrated by a brilliant goalkeeping display by Thibaut Courtois.

Real Madrid, who had won this season’s La Liga title with 13 points, successfully landed a double, handing Carlo Ancelotti a second Champions League trophy as manager of the club.

The Spanish giants are champions of Europe for a record 14th time.

Liverpool were in the race for a quadruple a week ago, but have now wrapped up their season with a Carabao Cup win and FA Cup triumph, having also failed to beat Manchester City to the Premier League title.

Djokovic and Nadal into last 16 at French Open