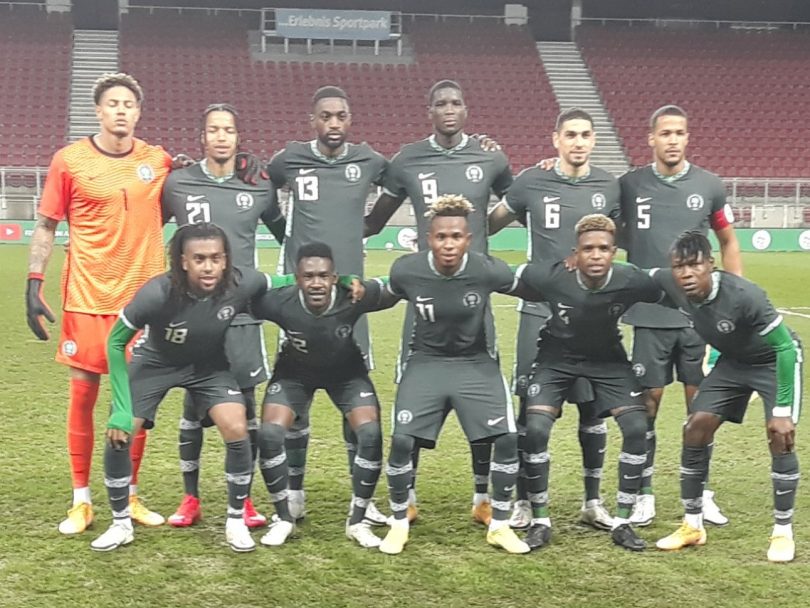 The Super Eagles of Nigeria were defeated 1-0 by reigning African champions Algeria in an international friendly game on Friday night.

The Gernot Rohr team started on a shaky note as the Algerians passed the ball around before scoring the only goal of the game from their second corner kick.

It was Ramy Bensebaini who forced in a rebound past goalkeeper Maduka Okoye, with just six minutes on the clock.

Defeat for Nigeria is their first in five games, while victory for Algeria means they extended their unbeaten run to 19 games.

Nigeria new boys Frank Onyeka and Zaidu Sanusi made the starting eleven in the game.

Kevin Akpoguma, who recently switched from Germany, and Samson Tijani also made their debuts coming on in the second half.

Alex Iwobi made some efforts but could not get Nigeria the equaliser. Samuel Chukwueze was also spectacular, but gave way for Ahmed Musa late in the game.

The Eagles will hope to bounce back from the defeat when they take on Tunisia in another friendly on Tuesday.

Tunisia played in another friendly earlier on Friday, defeating Sudan 3-0.