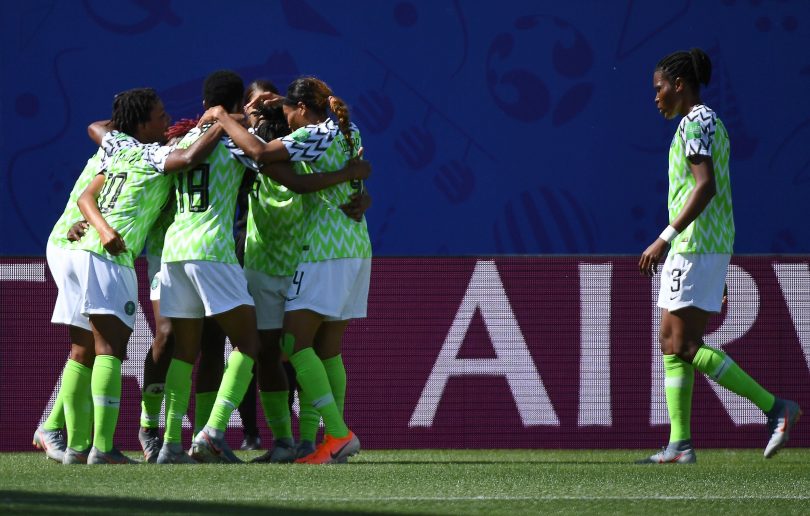 Nigeria’s Super Falcons have made it to the round of 16 of the FIFA Women’s World Cup as one of the best four yhird-placed teams.

The Falcons, who lost 1-0 to France in their final group game on Monday after beating Korea Republic 2-0 and losing 3-0 to Norway, have now reached the knockouts.

This is after Chile won 2-0 over Thailand on Thursday in final Group F encounter, as Nigeria advance with a better goal difference than Chile.

Falcons will now face Germany in the round of 16 on Saturday by 4:00pm Nigeria time.

Needing a three-goal win to advance, Chile were 2-0 up when they were awarded a penalty but Francisca Lara stepped up and struck her effort against the bar.

After a goalless first half, Boonsing’s own goal in the 48th minute and Urrutia’s 80th-minute header gave the South Americans the 2-0 victory.

The Super Falcons are reaching the knockout stages for the first time in five editions of the tournament.

They have reached the quarterfinals only once, which was in 1999, and they face a difficult task in France this weekend in their quest to surpass that feat.

Meanwhile, earlier on Thursday, the Lionesses of Cameroon also advanced to the knockout stages.

It means that this is the first time in the history of the competition that two African teams qualified from the group stages.

Cameroon will face England in last-16.