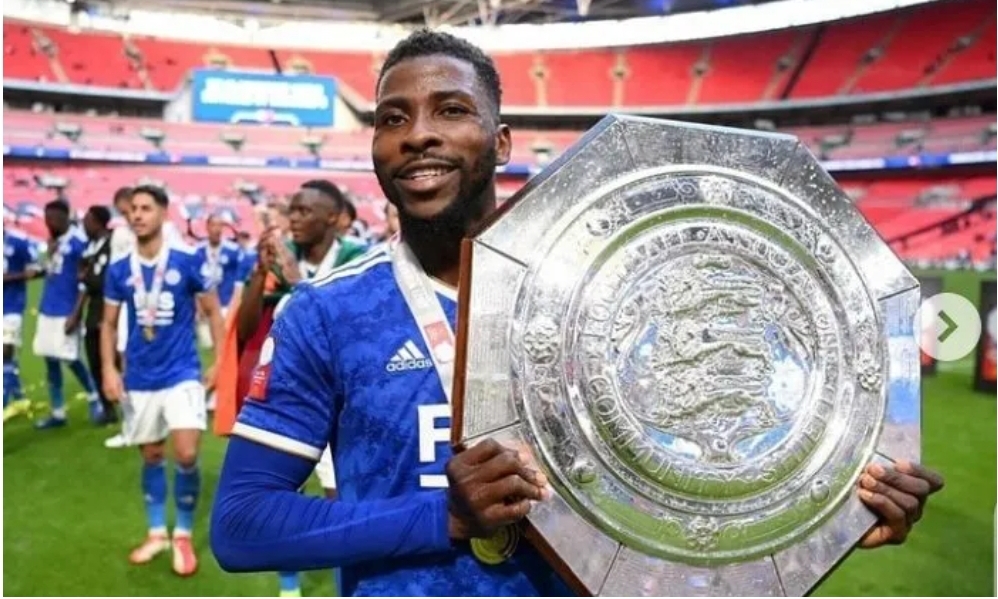 The Nigeria international was introduced in the 79th minute of the encounter and he won and scored a penalty in the 89th minute to secure a 1-0 victory for the Foxes.

Iheanacho’s goal was enough to deny his former club a 14th Community Shield victory, and adds one more trophy to his current club’s cabinet.

His compatriot, Wilfred Ndidi was also in action in the game, playing from start to finish and being there to celebrate with ‘Seniorman Kels’ after he scored the winner.

City’s record £100m signing Jack Grealish was given his debut on 65 minutes, but he could not muster a clear-cut opportunity for the Pep Guardiola side.

Leicester, who won the FA Cup last season, are winning the Committee Shield for the first time in 50 years and a second time in the competition’s history.

The Shield, usually a meeting between FA Cup winners and Premier League winners, serves as a curtain-raiser for the new Premier League season set to begin next weekend.