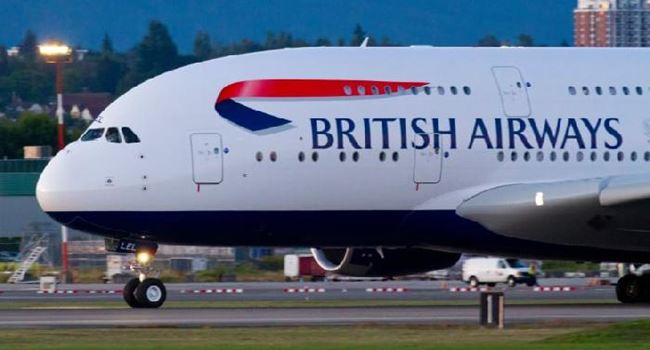 The British Airways on Tuesday joined 11 other international airlines operating in Abuja to begin operations at the Nnamdi Azikiwe International Airport, Abuja.

The relocation came following a directive by Federal Airports Authority of Nigeria (FAAN) that all the international airlines should move into the new terminal on or before 30th April.

A BA flight, B777-300 with 221 people on board and 13 crew members and an infant, landed at about 4:45am on Tuesday to mark the beginning of its operations in the new facility commissioned December, 2018.

Confirming this to journalists, North-Central Regional General Manager of FAAN, Mr Sani Mahmud, expressed excitement at the relocation of the 12 international airlines to the new facility which was commissioned by President Muhammadu Buhari in December 2018.

He said, “We are feeling fulfilled, we started with the commissioning of the airport by Mr president on the 20thof December 2018 and we prepared and started receiving flights immediately into the terminal with Asky being the first.’’

“Today, all our 12 international airlines have moved in, the last being the British Airways. We are sincerely grateful to government for providing this edifice and you can see from the faces of the passengers that they are all happy to be in a new facility like this. And we want to assure Nigerians and the world that the team in Abuja airport are competent enough to maintain this facility.’’