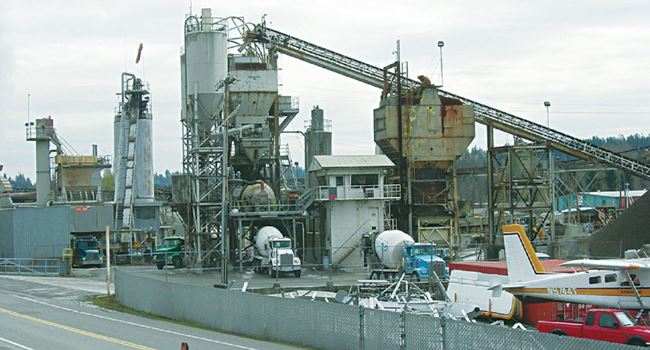 BUA Cement Plc, which debuted on the Nigerian Stock Exchange (NSE) with common stocks numbering well over 33.864 billion in January, has reported a fall in after-tax profit for full year 2019 by 5.4% despite a N57 billion expansion in top line.

Nigeria’s fourth biggest public company was admitted onto the Premium Board of the Nigerian bourse early this year, having consummated a merger between Sokoto-based Obu Cement and the defunct Cement Company of Northern Nigeria in a grand deal that put its market value in the neighbourhood of N1.077 trillion on Wednesday morning.

The annual report and financial statements of the cement-maker for the review period, published by the NSE Tuesday, revealed that revenue enlarged to N175.518 billion, 47.5% higher than the N119.013 billion recorded in the same period last year.

Profit after tax, however, saw negative by reason of an income tax expense of N5.627 billion contrary to an income tax credit of over N24.905 billion posted the year before.

In view of the cement manufacturer’s financial performance, the board of directors has announced a dividend proposal of N1.75 per share for shareholders whose names appear in the company’s register by 25th September.

The dividend payout plan will be subjected to shareholders’ endorsement at the company’s forthcoming annual general meeting.

Majority-owned by billionaire industrialist Abdulsamad Rabiu with around 38% stake

BUA Cement opened trade on the floor of the NSE Wednesday at N31.8 per share.