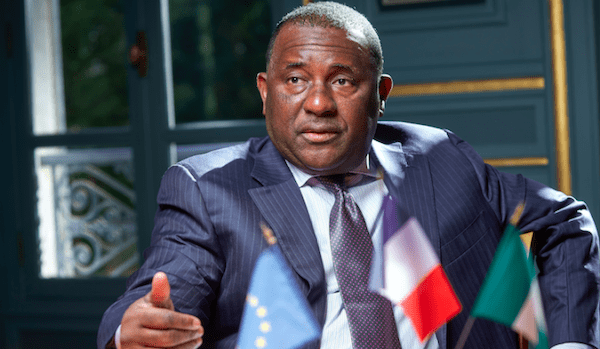 BUA Group has sealed a pact with France’s largest hydrocarbons group, Axens, for a multi-billion dollar refinery, with the capacity to refine 200,000 barrels per day (bpd), and a petrochemical plant in Nigeria, a statement by the French company said on Tuesday.

Axens, which provides a range of solutions for the conversion of oil and biomass to cleaner fuels and for the production and purification of major petrochemical intermediates, said it would supply technology for the greenfield project, which aspires to produce Euro-V fuels and polypropylene targeted at domestic and regional markets.

The project, which marks BUA Group’s foray into oil refining, will take its rivalry with Nigeria’s foremost indigenous conglomerate, Dangote Group, further. The latter is currently on the brink of completing its 650,000 bpd refinery in Lagos, reputed to be the biggest in Africa.

Both groups, which own the two biggest cement manufacturing plants in West Africa, are also involved in sugar and rice production.

The two came head to head in an ownership tussle involving mining sites at Obu-Okpella, Edo State in June, with BUA Group obtaining a restraining order from a Benin High Court in keeping Dangote Cement off the disputed sites.

The project is scheduled to be completed in 2024. The bidding process was midwifed by energy consultants KBR, which will also handle subsequent rounds for the engineering and construction phase.

Subsequent bidding rounds, which will include construction and engineering contracts, are already underway.

The refinery will be built with funding from undisclosed combination of debt and equity, with many development and commercial banks in bargain talks with the group.

“We are the world leader in the Euro 5 fuel standard; this has already reduced car pollution in Europe by a factor of 5 or 6, and it also allows Nigeria to start using the latest generation of fuel efficient engines, the first step towards fighting global warming,” Jean Sentenac, Axens CEO said.

The ambitious project is sited on the waterfront in Akwa Ibom.

“We will have the marine infrastructure for easy export. And the external market for polypropylene is very strong,” Rabiu said.