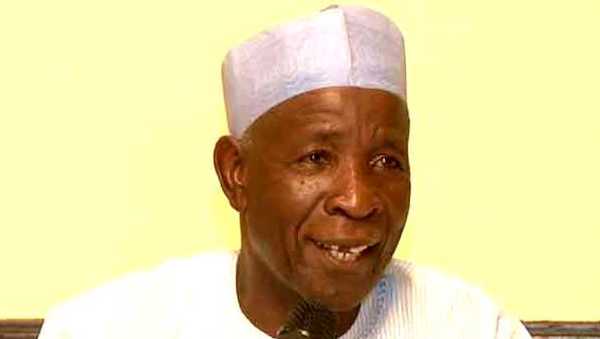 In a statement issued by its Chairman, Niyi Akinsiju and Secretary, Cassidy Madueke, respectively, the BMO declared its willingness to foot the bill if he (Galadima) is unable to pay for the psychiatric treatment.

The group also implored both the new and conventional media not to listen to the PDP chieftain until he presents a clearance certificate from a reputable psychiatrist or a recognized mental home.

It described as pathetic and insane, the claim by the former close associate of President Muhammadu Buhari that the funds stashed in foreign banks by the late dictator, Gen. Sani Abacha, were not looted but moved abroad to save Nigeria from impending sanctions by the developed nations.

The statement read: “It is an argument full of bile and frustration, signifying insanity. Apparently, Galadima has ‘lost it’ and Nigerians should be aware of that.

“How can a sound mind posit that a head of state would keep his country’s monies, in billions of dollars, in his personal accounts abroad, under the guise of securing it from foreign powers?

“We will, however, not pretend ignorance of the source and cause of Galadima’s current aggravation and persistent attacks on President Buhari. It may not be unconnected with the President’s refusal to intervene in Galadima’s running battle with the Assets Management Company of Nigeria (AMCON) over unpaid Unity Bank loans to the tune of N900million resulting in two of his choice houses in Abuja being seized by AMCON.

“It is becoming very glaring that Galadima has become disillusioned and disoriented with reality, particularly on very sensitive national issues.”

The BMO, which claimed that Galadima may be suffering from depression, also counseled him to seek help before his condition degenerates.

“Galadima’s journey into depression might have begun after the 2019 presidential elections when his favoured candidate, Atiku Abubakar, of the PDP lost woefully to President Buhari of the APC, thus dashing his hope for a better life as Atiku’s spokesperson,” the pro-Buhari group added.