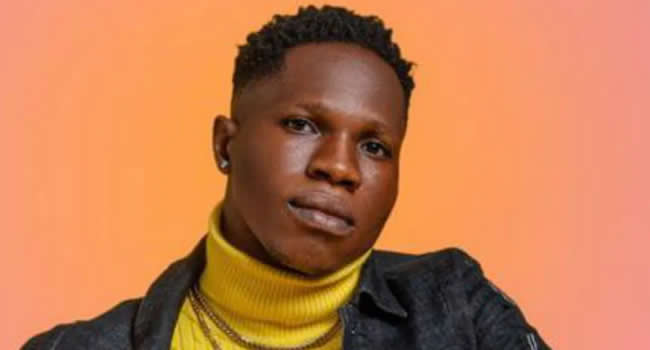 A fledgling Nigerian artiste identified as Wisekid who had earlier taken to social media to show off the streaming numbers for his ‘Lasgidi Made’ album has found himself in dire situation after he was accused of copyright infringement.

Real name Hosea Yohanna, Wisekid’s tracklist of the replica album dubbed Lasgidi Made, which is another way of calling Wizkid‘s ‘Made in Lagos’, can be seen to be identical to Wiz’s album, thereby hoodwinking unsuspecting music lovers.

The album which has gone on to amass a total of 9.3 million streams was brought to the notice of the public when he posted a screenshot of the streaming numbers which he has since deleted.

Apparently, Wisekid’s replica album earns him traffic from Wizkid’s Made In Lagos whenever the album is played.

A Twitter influencer identified as Chemical Brother shared screenshots and stated that even after listening to Wizkid for over 26 hours, Apple Music distributed the traffic to both Wizkid and Wisekid.

READ ALSO: ‘I have five mansions. These are my Grammy,’ Ghanaian artiste mocks Burna Boy, Wizkid

According to him, Wisekid has been getting over N30 million monthly since October 2020.

This is my Apple Music replay. I’ve listened to Wizkid for over 26hrs but Apple Music distributed it to Wizkid and “Wisekid”. It’s been going on since last year. pic.twitter.com/LZgMsixpFp

Wisekid as he is known has denied the accusation of copyright infringement.

He tweeted; “I’m just an upcoming artist I know nothing about this and please am not the one distributing Wizkid album on Apple music.”

He also claimed that Freeme Digital, a music distribution digital company, handles the distribution of his songs.

However, Freeme Digital has since denied affiliations with Wise Kid’s tweet by saying;

“We did NOT distribute his ‘Lasgidi Made’ album and have only distributed his old content.

We will see him and everyone else involved in this lie and defamation in court.”

Freeme Digital also said that it will be deleting the rest of Wisekid’s content on its platform.