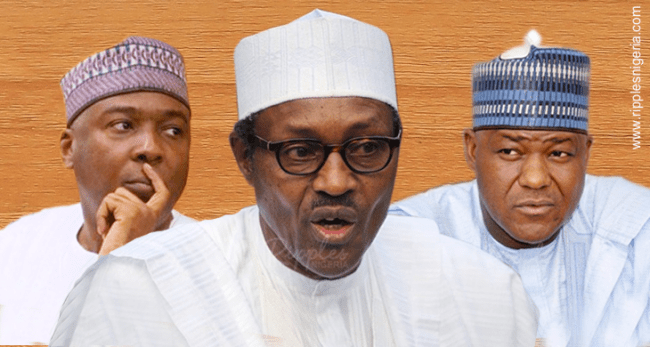 The presidency has put out a critical response to the National Assembly’s defence of its 2018 budget alterations, accusing the lawmakers of not being content with the N170 billion funds for constituency projects.

Reacting to the National Assembly’s claims that alterations to the budget were justifiable, the presidency said it is surprised the lawmakers were cutting allocations of national projects, despite having “enough”.

While signing the budget on Wednesday, President Muhammadu Buhari accused the lawmakers of adding 6,403 projects of their own into it at the “detriment” of other relevant projects.

But the lawmakers responded on Friday, saying the alterations were to ensure equitable distribution of projects across the six geopolitical zones.

However, in its response, the presidency in a statement issued by Femi Adesina, presidential spokesman, said the only increase the lawmakers had suggested was that of the benchmark price by $5, from $45 to $50.

Below is the full statement from the presidency:

Sequel to the response of the National Assembly justifying its distortion of the 2018 Budget, the following clarifications have become necessary.