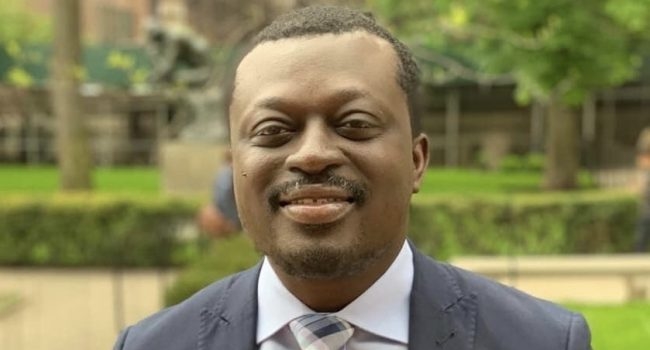 The co-founder of BudgIT, Seun Onigbinde, on Monday, bowed to pressure as he announced his resignation as the Technical Adviser to the announced Minister of State for Budget and National Planning, Clem Agba.

He made the announcement on his Medium page, a link of which he shared on his official Twitter handle.

The BudgIT co-founder has been under fire since his appointment, which many see as a retraction of his hard stance on the administration of President Muhammadu Buhari.

Several Nigerians, especially supporters of Buhari were critical of his acceptance of the offer, with the Buhari Media Organization (BMO) specifically asking that he be dropped.

Onigbinde said in his statement: “Upon further reflections on the furore that has been generated by my new role as the Technical Adviser to the Minister of State for Budget and National Planning, I humbly resign the appointment.

“I am very grateful to the Honourable Minister, Prince Clem Ikanade Agba, for believing in my expertise and I also thank everyone who sent his or her congratulations to me in the short period. I have also been humbled by the faith and belief that numerous persons have expressed in me.

“My sincere interest is to see a Nigeria that grows and optimises resources for the benefits of all Nigerians.

“My loyalty to the good cause of our nation, Nigeria compelled me to accept the call to provide technical skills and this experience has more than strengthened it.

“I also want to wish the Nigerian Government, led by President Muhammadu Buhari, well. I will always be of help to the federal government in my capacity as the Director of BudgIT, a critical fiscal transparency group, as I have been to several agencies. I would also work to ensure that BudgIT continues to build civic awareness on the right of every Nigerian to know how public resources are managed.”