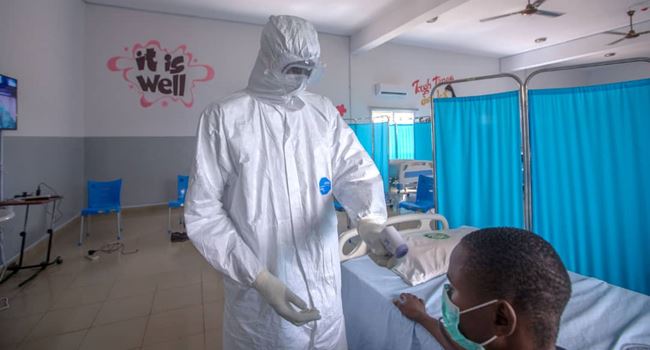 BudgIT, a Nigerian civic organisation, has bemoaned the refusal of state governments to ensure an open audit of their COVID-19 expenditures.

The organisation further disclosed that it is currently leading a #Account4COVID campaign to ensure that all states publish their expenditures on COVID-19 response.

This was contained in a press statement issued via its Twitter page on Tuesday, March 2.

According to BudgIT, it has become more expedient to monitor all donations and disbursements to ensure that funds are being spent effectively on COVID-19.

“In July 2020, we sent letters to Enugu, Niger, Kano, and Ogun states, requesting detailed information on donations received by their state governments. These letters were received and acknowledged; however, no information was made available to the public in this regard,” the statement read.

“Likewise, in December 2020, we wrote again to the Governors, Commissioners and Directors of Budget and Economic Planning in these focus states, including Lagos and Rivers States.

“These letters were also acknowledged; however, only Lagos and Niger States have responded. The other four states- Enugu, Kano, Ogun, and Rivers – are yet to respond, and they have refused to make public details of their donations and spendings.”

The body also noted that this refusal to publish their expenditure makes it impossible for citizens to track, monitor, and ask their governments relevant questions regarding their spendings.

“For governments that vow to prioritise transparency and accountability, this is not good enough,” the statement read.

“We urge Kano, Ogun, Enugu, and Rivers states to prioritise open data and ensure they publish details of all expenses and care measures provided by their state governments for easy access to the people.”

Zimbabwe VP forced to resign over accusations of s3xual impropriety

Those who abduct students do it to embarrass Nigerian govt –Minister