Home » Politics » Buhari, APC have told South-East they are not qualified for any good thing –Group 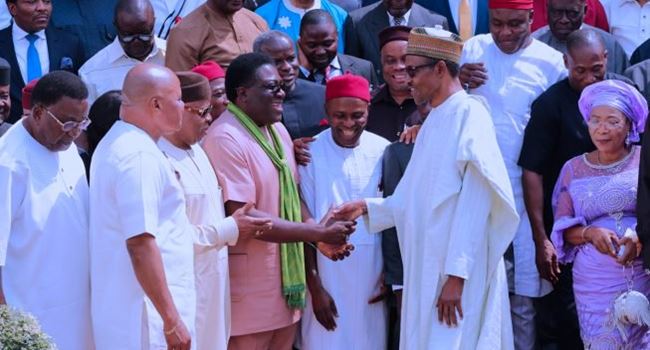 The South-East part of Nigeria has been described as a zone regarded by President Muhammadu Buhari and his All Progressives Congress (APC) as not worthy for any good thing.

This was the position of Coalition of South-East Youths (CSEY) in response to the ruling APC’s failure to support, or zone any principal position in the National Assembly to the South-East.

The group which pointed out how leaders of the current government are drawn from other major zones in the country excluding South-East, said the outcome of the election of the principals officers of the National Assembly on Tuesday, was a clear prove that Igbo people are no longer part of Nigeria.

In a statement on Wednesday by its president, Goodluck Ibem, CSEY said: “The decision of the APC not to support or zone any principal position in the National Assembly to the South-east is a clear indication and statement by the APC that the South-east is no longer part of Nigeria.

“The North produced the President, the President of the Senate, the Chief Justice of Nigeria and the Deputy Speaker of the House of Representatives.

“The South-West also produced the APC National Leader, the Vice President and the Speaker of the House of Representatives.

“The South-south produced the party’s national chairman and the deputy senate president while the South-East is left with nothing.

“The APC has just told its South-east members that they are not qualified for any good thing from the party.

“The action of the APC against the South-East contradicts the visions of our founding fathers who agreed and came together in harmony to work in unity as one united Nigeria.”

Another South-East, Igbo Renaissance Forum (IRF), has also frowned at the development and also claimed that the events in the leadership structure in Nigeria has shown that the people of the zone have been schemed out in the governance of the country.