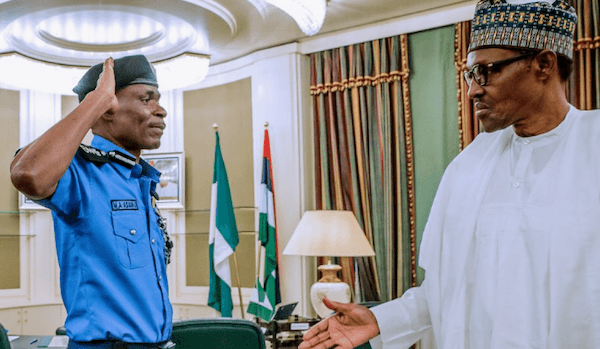 President Muhammadu Buhari has approved the reorganization of the Nigeria Police Force to enable the force effectively tackle the rising security challenges in the country.

The Force Spokesman, Frank Mba, who disclosed this in a statement on Thursday, said the reorganization included the full autonomy of the Force Intelligence Bureau (FBI) which was formerly under the Force Criminal Investigation Department, (FCID).

“Following the approval, the FBI will become a full-fledged department to be headed by a Deputy Inspector-General of Police and expected to fully integrate intelligence-led policing strategy to the Community Policing initiative,” Mba said.

According to the Force spokesman, the president also approved further decentralization of the FCID with the establishment of two additional offices in Enugu and Gombe states.

He added that each of the annexes, in addition to the pre-existing ones in Lagos and Kaduna States, would be headed by an Assistant Inspector-General of Police who would report to the DIG in-charge of the FCID, Force headquarters, Abuja.

He added: “The reorganization also included the creation of five additional Police Zonal Command Headquarters. With this new arrangement, the Nigeria Police Force now has eight Departments and each is headed by a DIG.