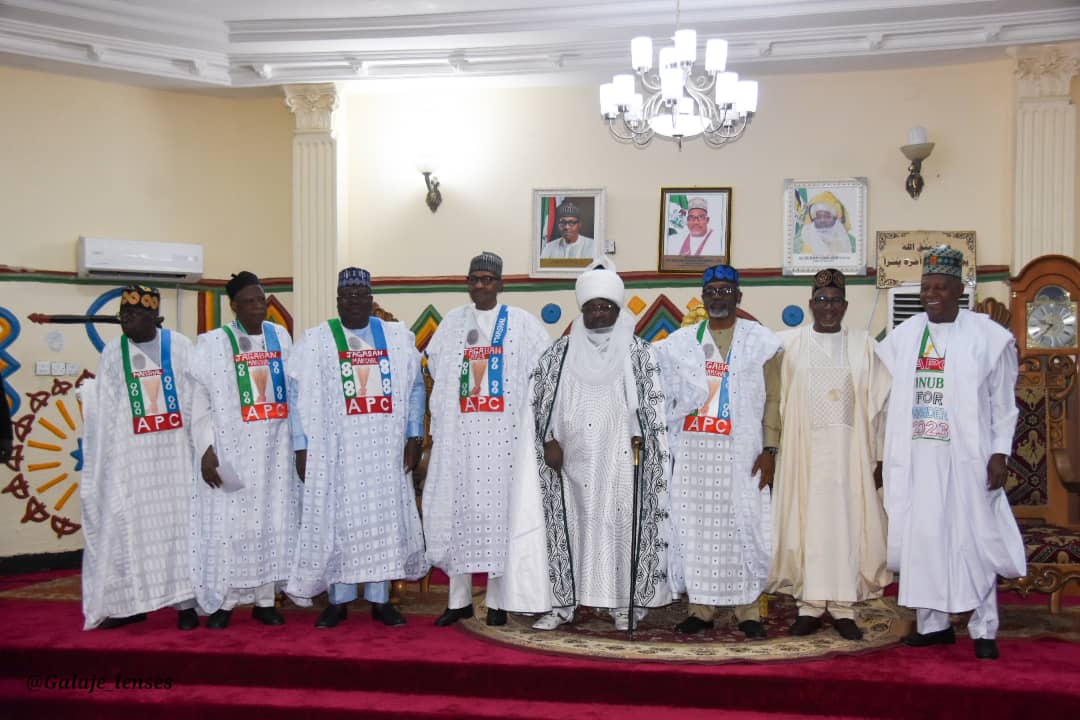 The president stated this at the palace of the Emir of Bauchi, Dr. Rilwanu Sulaimanu Adamu.

He was in the state to attend the All Progressives Congress (APC) presidential campaign rally held at Sir Abubakar Tafawa Balewa Stadium in Bauchi.

The president urged politicians across the country to play politics according to the rules of the game and commended the Bauchi State governor for providing a level playing ground for political activities in the state.

He also commended the Emir and traditional institutions in the state for complementing government’s efforts at promoting peaceful coexistence in their domains.

Mohammed, who was at the palace, said although the president was in the state for APC activities, he was honoured by his commendation.

He assured the president of his commitment to peaceful elections in the state.

The governor also commended the Federal Government for its sincere fight against insecurity in the North-East, saying the area is gradually regaining its sanity and safety.

Related Topics:BauchiGov Muhammed
Up Next