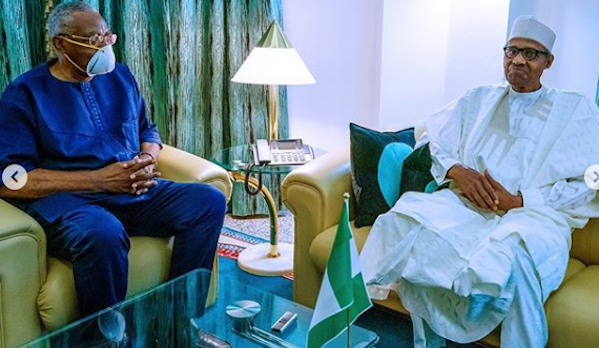 However, the agenda of the meeting between the President and the visiting elder statesman, whose last visit to the State House was over three years ago, has not been made public.

The ex-minister also declined to speak to State House correspondents on the outcome of his meeting with the president.

But there were speculations that the duo may have deliberated on the security and socio-economic issues in the country.

The ex-army chief had in 2019 criticized the current administration’s approach to tackling the conflicts between herdsmen and farmers in the country.