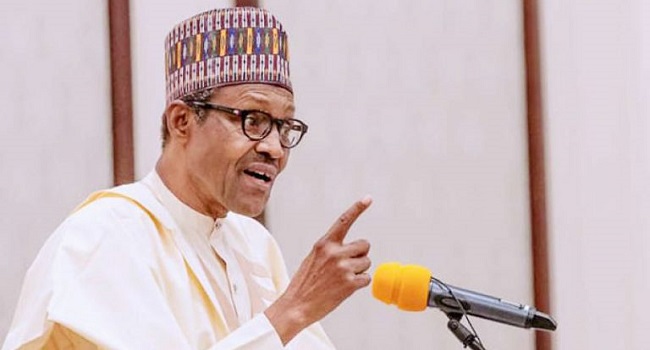 President Muhammadu Buhari on Saturday reiterated his readiness to end the menace of terrorist, and herdsmen afflicting the country.

He said the government will punish murderous herdsmen, terrorists and all other criminal elements in the country.

Buhari, who was represented by Vice-President Yemi Osinbajo, made the promise at the grand finale of the 2019 Nigerian Army Day Celebration and Combat Support Arms Training Week at Ikeja Cantonment Parade Ground, Lagos.

The Nigerian Army Day is an annual event held every July 6, since 1976, in honour of the Nigerian Army with the theme; ‘Professionally Responsive Soldering: A Panacea for Successful Military Operations’.

The President said the security challenges in the country were being tackled in collaboration with the Nigerian Armed Forces.

“The challenge for us is to recognise this sick extremism of Boko Haram for what it is and form alliances across faith, ethnicities, to destroy an evil that confronts us all.

“We will continue to demonstrate the political will and determination towards ensuring that our land is rid of insurgency and that criminality is kept at the barest minimum.

“There are also other situations of insecurity in our midst, the Fulani Herder and farmer conflicts, random killings, banditry and kidnapping.

“In different parts of the country, there are challenges that the army has had to intervene in, in many occasions.

“We assure all Nigerians that these challenges are being seriously tackled by the federal government working with the states through a multi-pronged approach, working with the Nigerian Army and all our security forces and law enforcement agencies.

“Nobody will be allowed to maim, kill or commit other crimes and escape. It is our duty to apprehend and punish these criminals and we are doing that and we will continue to do so,” he said.

The president also implored the judiciary to ensure timely dispensation of justice in the cases of arrested bandits.

“Several bandits’ hideouts and camps have been destroyed and hundreds of arrests have been made.

“It is now up to our Judiciary to ensure that justice is meted out, not just comprehensively, but in a timely manner,” he said.

On chibok girls, he siaid his administration would intensify efforts to bring back the remaining Chiboks girls, Leah Shuaribu and others who were still in captivity.

“We want to reassure the affected families and friends that this administration will not relent in its efforts to bring back all the remaining girls, including Leah Shuaribu, who has become a postal child for the heinous activities of Boko Haram insurgency.

“We will reunite them with their families and friends by the Grace of God,” he said.

Okorocha tells court of alleged plot by Oshiomhole, Magu to eliminate him