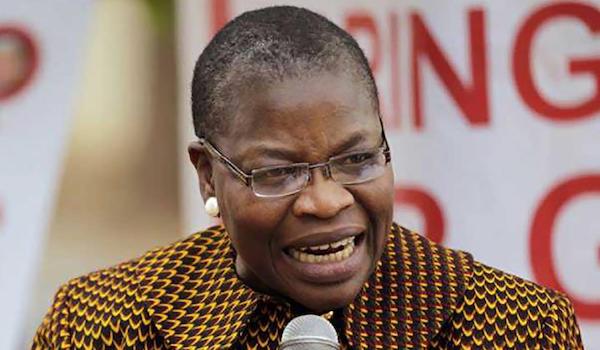 A former Minister of Education, Oby Ezekwesili, on Monday, accused President Muhammadu Buhari of destroying the naira with poor economic policies since he assumed office in 2015.

The ex-minister, who stated this when she featured in a programme on Arise TV, said the Central Bank of Nigeria (CBN) has become an annex of the Presidential Villa in Abuja where it receives “unhelpful instructions” from occupants of the seat of power.

She said: “The Central Bank has become an extension of the Villa and that is problematic, you can’t have your monetary authority so badly politicised in the way it currently is and have a sound monetary policy.”

The ex-minister said the current economic policies could make it difficult for Nigeria to come out of recession in the first quarter of this year.

Ezekwesili added: “The greatest tragedy of the last five years of the country has been the fact that there has been poverty of ideas in terms of economic management.

READ ALSO: Ezekwesili explains why Buhari should not be commended over release of Katsina students

“The economic management of this administration has impoverished many more Nigerians. The only thing that we associate with the administration that is saying that this year is going to be buoyant for the country is poor economic policies.”

She also knocked the government for closing the country’s border for 15 months, saying the closure hugely impacted the activities of business owners in the country.

“You close the border. Precisely for what? Has this government evaluated the effect of that border closure on small businesses in this country? Does this government realise the damage it did to many sectors in this economy as a result of that singular act that just didn’t make any sense,” Ezekwesili stated.

The ex-minister stressed that the border closure was similar to Buhari’s foreign exchange policy that resulted in the destruction of the naira.

Ezekwesili, who is the Co-Convener of the #BringBackourGirls Movement, is one of the most vocal critics of the Buhari’s administration.

She had accused the government of poor handling of the nation’s economy and security challenges.

She was the pioneer head of the Budget Monitoring and Price Intelligence Unit where she earned the nickname “Madam Due Process” for helping to sanitize the public procurement and contracting processes at the federal level.