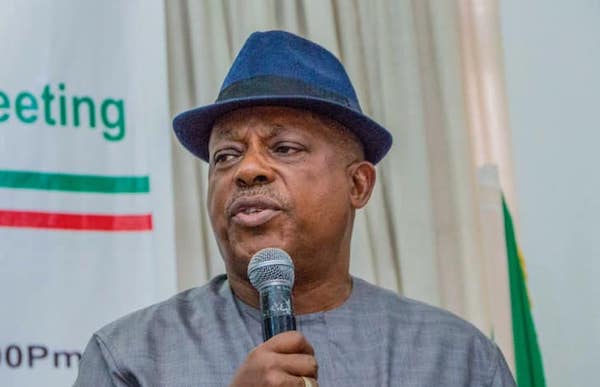 The Muhammadu Buhari Media Organisation (BMO) on Tuesday chided the Peoples Democratic Party (PDP), saying the president needs no help to ameliorate the security challenges in the country.

The organisation said the President had already shown “a strong capacity for stemming the tide of insecurity in the country and does not need any help or assistance”.

According to a statement signed by its Chairman, Niyi Akinsiju, and Secretary Cassidy Madueke, in Abuja, BMO said the President has demonstrated this capability in several flashpoints; from Benue to Taraba, from Niger Delta to Zamfara and from South-East to Kaduna and Abuja.

“For some time now, we have seen opposition elements led by PDP Chairman Uche Secondus shedding crocodile tears over acts of insecurity in some parts of the country, but these same individuals look elsewhere when security agencies record successes in internal security operations.

“We know they are always jubilant whenever there are reports of criminal activities, but it is disingenuous for anyone to say there have not been concrete actions to stem the tide of criminality in any part of the country.

“There is no country in the world that is absolutely crime-free, which is not to say we are oblivious of lingering security challenges in some parts of the country. However, we are also aware of the strides made by security agencies in recent years.

“The Niger-Delta is no longer a hotbed of crisis which had once had a serious adverse impact on the mainstay of the Nigerian economy; blood-letting in Benue State is now history, the South-East has been relatively free of the disruptive activities of the Indigenous People of Biafra (IPOB), the Abuja-Kaduna highway which was once described as one of the most dangerous roads in the country is now better secured and banditry in Zamfara state has been reduced considerably. Boko Haram insurgents have been largely pushed to the fringes of the Lake Chad .”

BMO added that it wondered what PDP Chairman Uche Secondus was thinking when he suggested that President Buhari should seek help across party lines to end the spate of insecurity in the country.

“Is he by any chance suggesting that his party has the magic wand to end the security situation, the same party under whose watch all the problems started? We are also not unmindful of a clear threat by the PDP’s Presidential Candidate Atiku Abubakar in the run-up to the election, that ‘deadly herdsmen attacks will continue if Buhari wins’.

“This seemed like a mere impossible prediction especially at a time of a lull in so-called herdsmen attacks in the Middle-Belt. And we are wondering, as the saying goes in many Nigerian cultures, ‘the witch cried yesterday and the child died today, who does not know that it is the witch that killed the child.’

“We know that power is like oxygen to PDP elements and they are always on the lookout for opportunities, but we maintain that the PDP Nigerians know so well has no moral standing to offer any advice on good governance or security,” the pro-Buhari group said.

On the part of some elites that have attributed the country’s security challenges to a particular ethnic group, BMO accused them of jumping on the bandwagon of what can easily be described as ethnic bigotry in their assessment of insecurity in the country. It cited the example of the recent murder of Mrs Funke Olakunri, daughter of Afenifere leader Pa Reuben Fasoranti.

“Even without the benefit of eyewitnesses’ accounts, there was a cacophony of voices linking the tragic incident to suspected Fulani herdsmen, but as the Presidential spokesman Garba Shehu has said, ‘it is incumbent on all leaders across the country to consider their language and its potential consequences.’

“We at BMO hope that influential people and those in positions of authority would see the wisdom in that advice and moderate their views in the interest of a united nation, rather than laying the groundwork for violent actions against individuals from a section of the country”.

Can we all just get along?