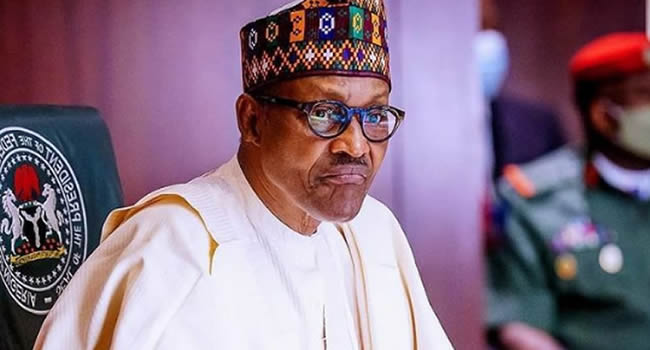 President Muhammadu Buhari has expressed sadness over the deaths of Brigadier General Dzarma Zirkusu and other soldiers killed during an attack by terrorists of the Islamic State in West Africa Province (ISWAP).

Ripples Nigeria reported that the army general and other soldiers were killed during the attack at a military base in Askira town in Askira/Uba Local Government Area of Borno State on Saturday morning.

Buhari, in a post on his official Facebook page on Saturday, said the deceased paid the supreme sacrifice in a very rare display of gallantry as they tried to help their compatriots in the war against terrorists.

The president urged the Chief of Army Staff, Lt. General Faruk Yahaya to accept his heartfelt condolences and that of the nation, and to convey the same to the members of the families of the deceased.

Buhari’s Facebook post read, “I am extremely saddened to hear of the demise of Brigadier General Dzarma Zirkusu and three soldiers who paid the supreme sacrifice, in a very rare display of gallantry, as they tried to help their compatriots in the war against terrorists.

“Nigeria has lost brave soldiers. I salute their courage. May their souls Rest In Peace. General Zirkusu leaves us sad and devastated. The soldier in him will remain immortal.

“I have asked the Chief of Army Staff to accept my heartfelt condolences and that of the nation and to convey same to the members of the families of those martyred.

“I pray to the Almighty to give the Armed Forces and the bereaved families the strength and courage to bear this irreparable loss.”