Home » Latest » Buhari factor will not be available in 2023, APC warns members 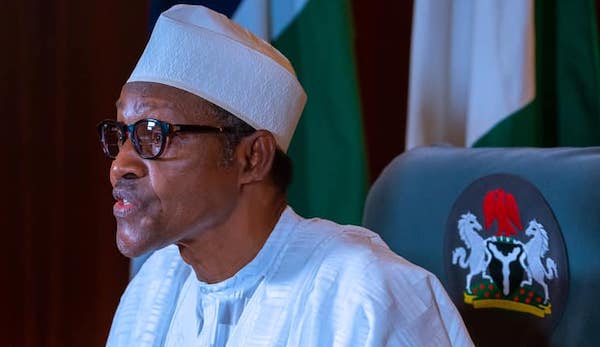 The All Progressives Congress (APC) wednesday said the advantage it has enjoyed with the personality of President Muhammadu Buhari will not be available to it in the 2023 general elections.

The party therefore called on its members to close ranks and engage in intense grassroots mobilisation for the party to retain power after the tenure of President Buhari expires in 2023.

According to the party, unlike in 2015 and 2019 when it rode to power on the persona of the president, who enjoys solid support in the North, other factors, outside his credibility and support, would determine whether it would continue to be the ruling party beyond 2023.

The warning was given by the Secretary of APC Caretaker Committee, Senator John Udoedghe, when he received a Coalition of the APC Support Groups, led by Mr. Frank Ossai, in Abuja.

According to him, the various support groups of the party must make themselves relevant in grassroots politics.

The APC secretary was speaking against the backdrop of expressed concerns about the fate of the party in a post-Buhari presidency.

Udoedghe further warned that nobody in APC would have an opportunity to hide under the integrity of Buhari to contest the 2023 general election.

Read also: 2023: South West ready to take over from Buhari, ‘it’s our turn’—Afenifere

“Owing to your contribution to the party, we will integrate and reconcile aggrieved members to ensure that they are part of the party system.

“In 2023, the personality of President Buhari will not be replicated. So, we need you and other support groups, we need to do something about it,” Udoedghe added.

Speaking earlier, Ossai lamented that some of his members that participated in the 2018 national convention, particularly those that contested elections, were sidelined in the system.

He, therefore, called on the party to reward his members by allowing them to participate in the forthcoming Ondo State governorship election.

Ossai said: “One of the issues the Coalition of APC Support Groups have is the lack of rewarding system. Since 2015, we from the South-south and other geopolitical zones we know what it means to have APC as your surname.

“We have members of our groups who were shot dead and some who lost members of their families in 2015 and 2019 general election. Up till today most of us have not been rewarded.”