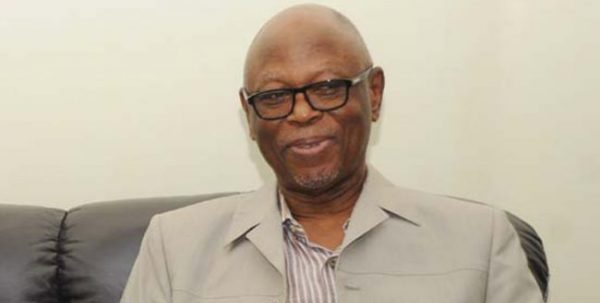 The All Progressives Congress (APC) national chairman, John Odigie-Oyegun, has said that President Muhammadu Buhari since coming to power three years ago improved the foundation of Nigeria that was destroyed by the Peoples Democratic Party (PDP).

This was even as he noted that people, corruption and insurgency are all fighting back against the change the current administration is making, but assured that they will not prevail while Buhari remains the president.

Oyegun stated this on Saturday when he spoke at an event in Katsina State, where some members of the PDP, Peoples Democratic Movement (PDM) and the All Progressives Grand Alliance (APGA), defected to the ruling APC.

He said that the PDP in Katsina State is dead and buried, adding that the APC is “a party working to change this nation. Yes, people are fighting back, corruption is fighting back, even insurgency is trying to fight back but Buhari is our president they will not prevail.”

According to Oyegun, “In spite of all the distractions, we have a president who is single minded, focus, determined, who have improved the foundation of this country destroyed by the PDP.

“Today, he is already building a 5000km railway network to modern capacity.

“We are almost self sufficient in rice production. That is only the beginning. For this year, we depended on rainfall and God, but your President has vowed to make sure that you have at least three tons of rice every year.”

He then called on the citizens of the state to make sure they voted the APC back into power come 2019.

In his speech, the state governor, Aminu Bello Masari, said that his government is making all needful efforts to ensure President Buhari record a resounding victory in the upcoming general elections in 2019.