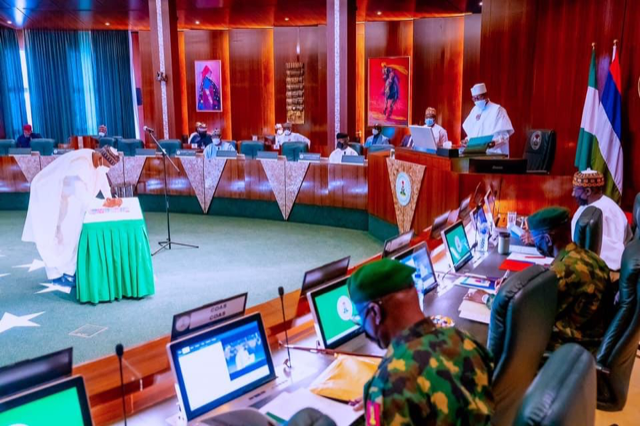 President Muhammadu Buhari on Wednesday held an emergency security council meeting with heads of security arms and agencies in the country.

The meeting was also preceded by the swearing-in of Mu’Azu Jaji Sambo, as the new Minister of State for Works and Housing at the State House, Abuja.

The Senate had on December 21 confirmed the nomination of Sambo after a routine screening exercise.

He was a ministerial nominee from Taraba State.

Those at the meeting, which was the last for the year, were Vice-President Yemi Osinbajo, Secretary to the Government of the Federation (SGF), Boss Mustapha, and the National Security Adviser (NSA), Major Gen. Babagana Monguno (retd).

Related Topics:#featuredBuharicouncil meeting
Up Next

BILL ON ELECTORAL ACT: With threat of veto in the air Buhari hosts Lawan, Gbajabiamiala