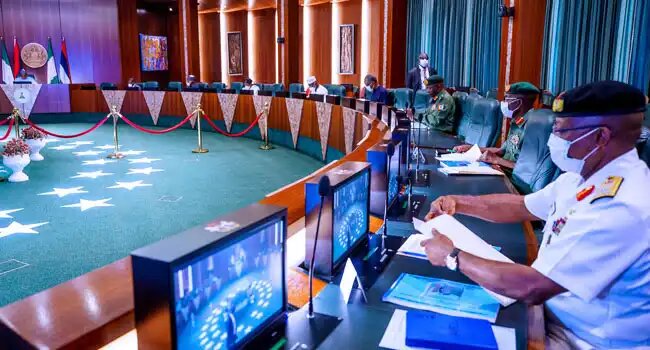 President Muhammadu Buhari on Thursday met with Service Chiefs and heads of other security agencies at the Presidential Villa, Abuja.

The meeting is coming as the endSARS crisis has continued to rock different parts of the country.

Following the shooting of peaceful and unarmed endSARS protesters on Tuesday in Lagos by soldiers, angry youths went on rampage on Wednesday, setting police stations and other government properties on fire in Lagos and in some other states.

There are speculations that Buhari’s meeting with the security chiefs may not be unconnected with the recent events and other security issues in the country.

READ ALSO: After Lekki shooting, I called Buhari twice but could not speak with him –Sanwo-Olu