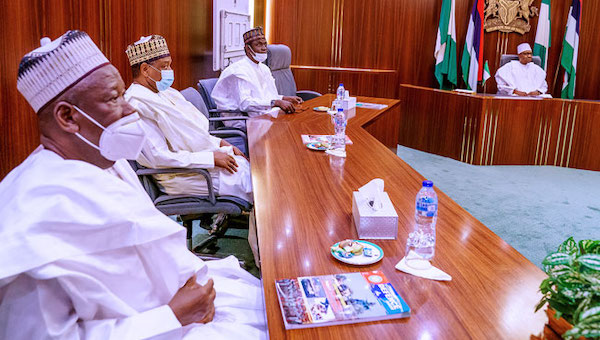 President Muhammadu Buhari on Monday held a closed-door meeting with the Chairman of the All Progressives Congress (APC) Caretaker Committee Mai Mala Buni, at the Presidential Villa, Abuja.

The meeting was also attended by the Kano State Governor, Abdullahi Ganduje.

Although issues discussed at the meeting have not been made public, it may not be unconnected with Saturday’s governorship won by Governor Godwin Obaseki of the Peoples Democratic Party (PDP).

The president later congratulated the governor after he was declared winner of the election by the Independent National Electoral Commission (INEC).