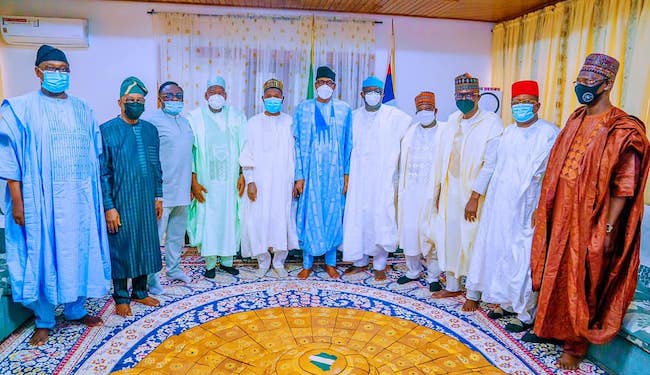 President Muhammadu Buhari on Thursday met the Speaker of the House of Representatives, Femi Gbajabiamila, and 10 All Progressives Congress (APC) governors in Daura, Katsina.

The speaker and his entourage were the first to arrive at the President’s home to pay Sallah homage.

The two leaders later met behind a closed door.

Although issues discussed at the meeting have not been made public, sources said issues bordering on the current security challenges, the Electoral Amendment Bill, and other major national issues were addressed by the duo.

The governors’ arrived in Daura at 3.55 p.m. and met President Buhari for one hour.

Some of the governors’ aides told journalists their principals were in Daura to pay Sallah homage to the President.