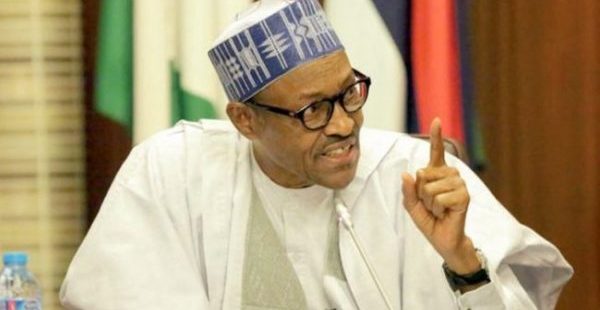 Buhari made the promise weekend at the Presidential Villa Abuja, when he received about 105 schoolgirls from Dapchi, Yobe State, who were abducted by the insurgents on February 14, but brought back home by their abductors on March 21.

SERAP in a an open letter urged President Buhari, to “drop the proposed policy to grant amnesty to members of the Boko Haram terrorist group in the interests of justice, as any amnesty programme for the group would be counter-productive, and constitute impunity for their members, which can only continue to undermine peace and stability in the country.”

SERAP said Buhari’s government should instead “prioritise justice for the victims of Boko Haram and help them to rebuild and get on with their lives rather than pushing to remove accountability for the mass atrocities committed against millions of Nigerian women, men, children and the elderly, and allowing those responsible to escape justice.”

In the letter dated 23 March 2018 and signed by SERAP deputy director Timothy Adewale the organization said, “Boko Haram should not be allowed to escape the consequences of their crimes if the authorities are to prevent a cycle of revenge leading to further violence and conflict. We believe that granting amnesty to Boko Haram would be an open violation of the Nigerian Constitution of 1999 (as amended) and international law and would entail a virtual denial of justice for victims.”

The group added that the international community is pushing for accountability for those who commit the worst of human crimes, and no longer tolerating amnesty for war crimes, crimes against humanity or other gross violations of human rights.

“Any amnesty for Boko Haram would take away the rights of the victims to justice, ignore the needs of the internally displaced persons, and never bring ‘closure’ to the mass atrocities committed by the group against Nigerians. The victims need to know the truth about what happened, and the alleged complicity of our armed forces and security services in the atrocities committed by the group. The offer of amnesty would prevent the government from addressing these fundamental issues.

READ ALSO: ‘This govt of one week, one drama’

“Indeed, both individual victims and Nigeria would be disadvantaged by any amnesty to Boko Haram. Besides depriving the country of its opportunity to bring perpetrators to justice, it would also help to create a culture of impunity where perpetrators can anticipate immunity, and thus jeopardize the governing power of the authorities in the future.

“We contend that impunity for international crimes and systematic and widespread violations of fundamental human rights is a betrayal of solidarity with the victims of Boko Haram to whom the authorities owe a duty of justice, remembrance, and compensation.

“The pursuit of justice and accountability fulfils fundamental human values, helps achieve peace, and contributes to the prevention and deterrence of future violence. Thus, to grant amnesty to Boko Haram is to choose expedience over lasting goals and more enduring values,” the letter read in part.