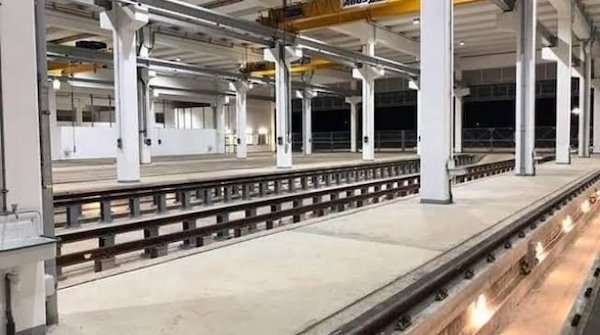 President Muhammadu Buhari has approved the naming of a railway station in Agbor, Delta State, after ex-president Goodluck Jonathan.

The Minister of Transportation, Rotimi Amaechi, who disclosed this while inspecting the Warri-Itakpe Rail Line on Saturday, said the station would now be called Goodluck Jonathan Railway Station and Complex.

The minister added that railway fares would increase as a result of measures to halt the spread of COVID-19 when services begin on rail lines, especially on the Abuja-Kaduna line.

The Senior Special Assistant to the President on Digital and New Media, Tolu Ogunlesi, confirmed the development on his Twitter handle.

He said: “President Buhari has approved the naming of the railway complex in Agbor – the operational hub of the Itakpe-Warri rail line – after former President Goodluck Ebele Jonathan.

“It will be known as the Goodluck Jonathan Railway Station and Complex.”