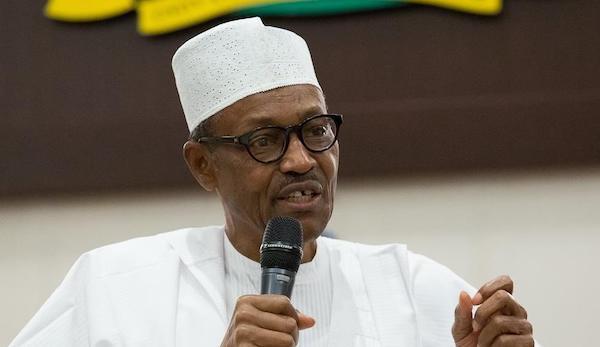 President Muhammadu Buhari on Thursday directed the Defence Headquarters to begin immediate probe of the incident where Nigerian soldiers’ alleged killed three policemen to save a notorious kidnapper in Taraba State.

The troops of 93 Battalion, Takum, Taraba, where fingered to have carried out the act on Wednesday.

But President Buhari, who met with service chiefs at the State House, Abuja on Thursday, frowned at the development and ordered that the matter be urgently investigated

The Chief of Air Staff, Air Marshal Sadique Abubakar who made the probe order known to State House correspondents after the meeting, added that “the council also decided that the unfortunate incidents in Taraba State in Ibi, a committee will be setup under the Defence Headquarters to critically look into the circumstances that led to the unfortunate incident.”

He also said that at the meeting, current strategy of managing internal security operations across the country was evaluated and that the council expressed satisfaction with the current efforts aimed at restoring law and order in the country.

He said, “We are making substantial progress in all the areas of conflicts.”

He also spoke on Buhari’s promise to South West leaders that technology and drones would be used to fight crimes in the region.

Noting that technology would continue to play a very critical role in resolving security challenges in the country, Abubakar said, “All the services are using one technology or the other in order to ensure that our country is secured.

“So, security will continue to play a role and we are also looking at other areas of technology that are not currently in use to ensure that we put together all that is required to ensure the security of Nigeria and Nigerians.”

He then reiterated avowed stance of the armed forces of Nigeria and other security agencies to continue to ensure the security of Nigerians and to make sure no individual or group of individuals undermine the territorial integrity of country.

The Police had on Wednesday said that its operatives, led by ASP Felix Adolije of the Intelligence Response Team (IRT) were attacked and killed by soldiers along Ibi–Jalingo Road, while taking an arrested suspect, Alhaji Hamisu, to the Command Headquarters in Jalingo.

The soldiers, were said to have afterward freed the suspect and allowed him to escape.

Col. Sagir Musa, acting Director of Army Public Relations, had since said that the Army and Police authorities had constituted a Joint Investigation Panel to probe the incident.