Home » Politics » Buhari presented a budget that has no hope, Saraki says 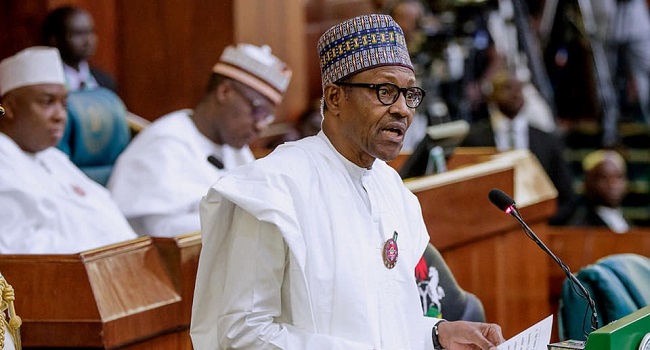 Senate President Bukola Saraki, has described the 2019 Appropriation Bill presented to a joint session of the National Assembly last Wednesday by President Muhammadu Buhari as a budget that has no hope for Nigerians.

The Senate President who is also the Director General of the Peoples Democratic Party (PDP) Presidential Campaign Council (PPCO), made this statement during an interactive session between the PDP presidential candidate, Atiku Abubakar, and Civil Society Organisations (CSOs) in Abuja.

According to Saraki, Nigerians were safer in 2015 than they are currently under the administration of President Buhari.

“There must be an alternative and that is what we hope that by this evening speaking to our candidate and vice presidential candidate, not based on sentiments. We are not voting on sentiments, we are voting on what is the need for you.

“How is your life going to be better? Which party offers you a better future because we see you as those who are patriotic and committed. It’s not about what you’ll get today. It’s about the great country a lot of you expect to see. The Senate President who noted that the President will fail to attend the January 19, 2019 Presidential debate stressed that any President that wants to lead the country and the African continent should be able to sell his blueprint to the people.

“This is an interactive session. I’m not sure whether the other political parties will give you an opportunity like this to ask them any question. I’m told that one has debated and you already know the answer to that debate. On the second one, I’m very sure he’s not going to debate. So how do you assess somebody who is not ready to tell you what he’s going to do.

“Those days are gone, my good people. A country that leads the continent that is not ready to show example is not what we want for this continent. The whole world is going in a direction, if you’re seeking a position, you must come and tell people what you want to do. You must sit down and they will ask you questions and that is why we’re here.

Speaking also, PDP Vice Presidential candidate, Peter Obi, regretted that 60 per cent of the 2019 budget is meant to service debt of the APC government, which according to him surpassed what was accrued in the 16 years of the PDP government.

He said, “When you look at the revenue, we will spend 60 per cent to service debt. So what is left? And they will borrow more. What they borrowed in 2016 and 2017 is the same PDP borrowed in 16 years. When you ask them, they say they use it for capital project.”

On poverty level in Nigeria, Obi fumed at President advice that Nigerians should tighten their belts.

He said, “Nigerian people have no belt again to tighten up; we now wake up every day with a sense of helplessness.”

Obi, who regretted that Buhari’s government failed to heed to warnings over the alarming rate of job losses and unemployment in 2017, added that the recent rise in the unemployment rate from 18.8 per cent to 23 per cent “is only going to get worse because nobody is doing anything.”