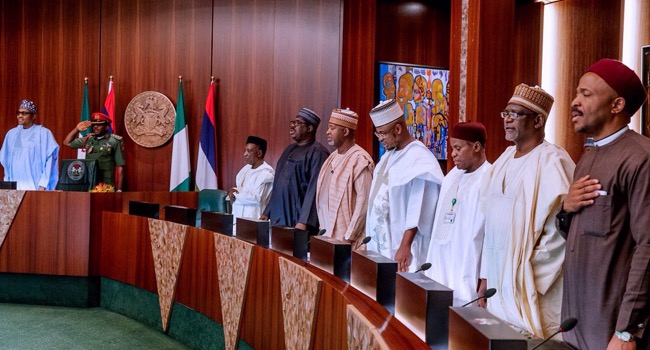 The meeting commenced as soon as Buhari entered the chamber at about 11:00am.

After the rendition of the National Anthem, the Minister of Works and Housing, Babatunde Fashola said the Muslim opening prayer, while the Minister of Foreign Affairs, Geoffrey Onyeama said the Christian prayer.

Aside the ministers, others in attendance at the meeting include Vice President Yemi Osinbajo, the Secretary to the Government of the Federation (SGF), Boss Mustapha and the Chief of Staff, Abba Kyari.

Related Topics:BuhaFEC meeting
Up Next