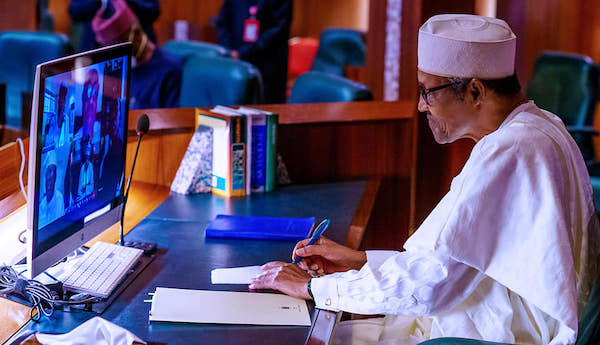 The meeting which is taking place at the State House, Abuja started at 10am.

Other attending officials include the Secretary to the Government of the Federation (SGF) Mr Boss Mustapha; the Chief of Staff to the President, Professor Ibrahim Gambari and the National Security Adviser (NSA), Major General Babagana Monguno (Rtd).

Other Ministers are joining by virtual means.