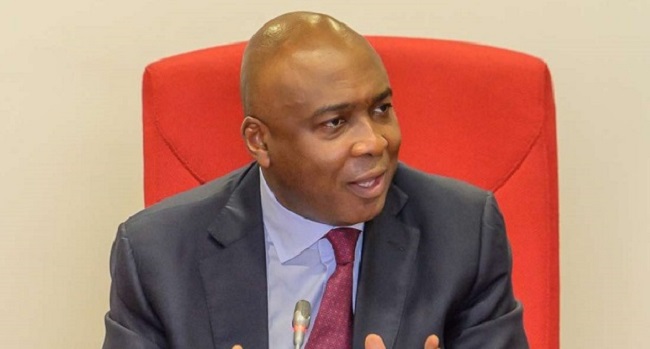 Senate President Bukola Saraki has alleged that President Muhammadu Buhari is running a corrupt government, contrary to claims of his anti-corruption stance.

The Senate President cited what he described as a large scale corruption in the oil subsidy scheme of the administration as a major example.

In an interview with Channels Television’s Seun Okinbaloye, the lawmaker said applying subsidy on assumption that Nigeria consumes fifty million litres (50 million litres) of fuel a day, is fraudulent.

Saraki said in the Jonathan administration subsidy was based on an assumption that the nation consumes 30 million litres of fuel daily.

He added that he and some other lawmakers warned that the Jonathan government was condoning corruption “by over importing fuel and because of that we were losing a lot of money”.

Saraki said the present government instead of changing the process, hiked the importation by 20 million litres extra.

He said, “you would have thought that a government that was to fight corruption and prevent leakages would even if you are going to continue subsidy, ensure that it is better managed.”

Saraki said there is no way Nigerians can consume 50 million litres a day, “it is just money being stolen,” he alleged.

He further argued that there is almost no way that President Muhammadu Buhari is not aware of what is going on within his government, stressing that the Senate has investigated the issue but “we have an environment where agencies of government are emboldened to disregard the National Assembly, it is a big issue”.

The director general of the Atiku/PDP presidential campaign said the lawmakers have called for the inclusion of subsidy in the budget but that request has lingered for two years and President Buhari has only just agreed to bring it in.

He said, “This kind of decisions have led to leakages and this is the root of corruption”.