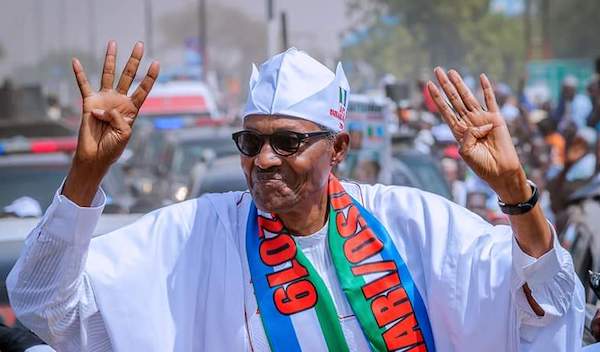 The Human Right Watch has faulted the election that gave a second term to President Muhammadu Buhari.

In a statement released to newsmen on Monday, the organisation said some of the cases of violence were carried out by soldiers and police officers.

“Buhari should take concrete steps to address the widespread political violence, and to ensure accountability for human rights abuses by soldiers and police as he begins his second term,” the report expressed.

“The election period included persistent attacks by factions of the insurgent group Boko Haram in the northeast; increased communal violence between nomadic herdsmen and farmers spreading southward from north-central states; and a dramatic uptick in banditry, kidnapping, and killings in the northwestern states of Kaduna, Katsina, and Zamfara.

“Security forces have failed to respond effectively to threats to people’s lives and security.”

The report quoted Anietie Ewang, Nigerian researcher at Human Rights Watch, as saying that, “The lack of meaningful progress in addressing the prevalent political violence, as well as lack of accountability for rights abuses, marked Buhari’s first term in office.

“He should put these issues at the front and centre of his second term agenda and urgently take concrete steps to improve respect for human rights.”

It said the elections contributed to the general insecurity across the country, even as politically related violence were reported in many states in contrast to the relatively peaceful 2015 elections that brought Buhari into his first term in office.

While making reference to a report by SBM Intelligence, which monitors sociopolitical and economic developments in Nigeria, the statement said 626 people were killed during the 2019 election cycle, starting with campaigns in 2018.

If Nigerian govt fails to share the wealth of the rich with the poor, there may be a revolution- ASUU