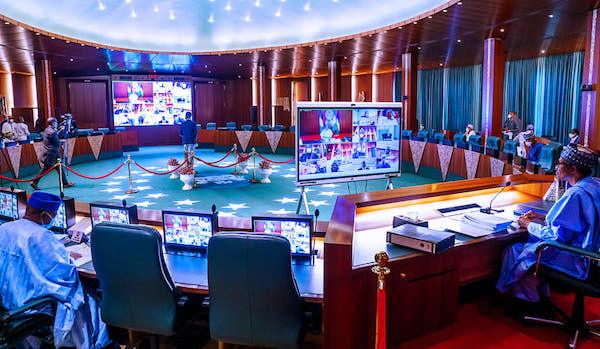 The swearing-in ceremony, was held inside the council chambers at the State House, Abuja, at the 13th virtual Federal Executive Council (FEC) meeting.

Bashir Ahmad, the presidential aide on new media, made this disclosure via a tweet on his Twitter page on Wednesday afternoon.