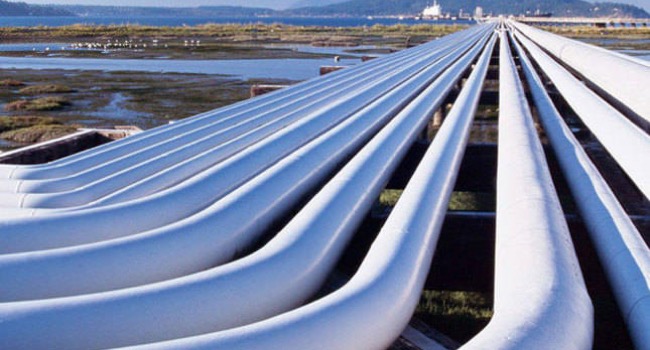 President Muhammadu Buhari will on Tuesday flag off the construction of the $2.8 billion Ajaokuta-Kaduna-Kano (AKK) natural gas pipeline project, proposed to cover 614 kilometres.

The event will mark a major milestone for the project after seven years of rigorous processes involving policy conception, implementation of strategy designs, master plans and execution of programmes.

Emeka Okwuosa, Group Chairman of Oilserv Limited, said in a statement issued by the company on Sunday that Oilserv was proud to be part of the epoch-making project.

“This project will also, signal the finest hour so far for the Nigerian Content Policy goals. The president, by the flag off of this project at Ajaokuta, Kogi State, would be turning to reality some of the nation’s long term economic aspirations of boosting domestic energy infrastructure, b) deepening the local gas market, creating industrial corridors with cleaner fuel, and commercializing the country’s abundant gas resources.

“The project, according to the Nigerian National Petroleum Corporation (NNPC), will significantly curb gas flaring in the Niger Delta and guarantee better air quality in the oil-producing region,” the statement read in part.

Reputed to be the single biggest pipeline project in the country’s history, the AKK pipeline project is to be delivered by a consortium of indigenous and international engineering firms and is expected to provide the highly desired stimulus to Nigeria’s industrial growth.

The Oilserv consortium is to handle the first phase of the project, estimated at $855 million, which will cover 200 kilometres of pipeline between Ajaokuta and Abuja, having secured the Engineering, Procurement and Construction contract in April 2018.

The second phase is proposed to span 193 kilometres between Abuja and Kaduna at the cost of $835 million while the third phase will be 221 kilometres long between Kaduna and Kano, and valued at $1.2 billion.

The venture is part of the Tran-Nigeria Gas Pipeline (TNGP), which will ultimately extend to North Africa, and is to be executed on a build-and –transfer Public Private Partnership basis. It will convey 3,500 million metric standard cubic feet per day of dehydrated gas from various gas gathering projects situated in southern Nigeria.

“Thus, in the short term the AKK will ensure energy sufficiency for domestic commerce and industry, and in the long term, having deepened and satisfied domestic demand, morph into an export pipeline and economic mainstay,” the statement further said.