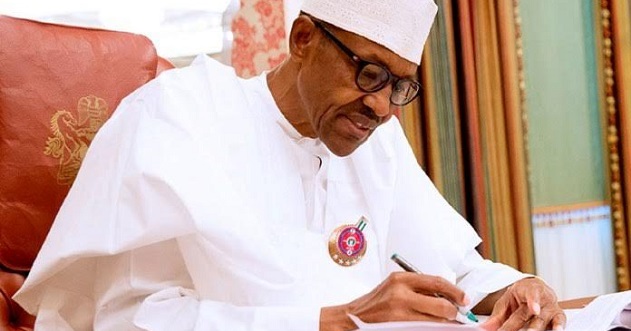 Obaseki revealed this at a memorial service held in honour of the former governor, at St. Ambrose Catholic Church, Emaudo, Ekpoma, on Sunday.

“I had an audience with President Muhammadu Buhari while in China and discussed the issue of a presidential pardon for late Prof. Alli.

“The president asked me to meet with the Attorney-General of the Federation. This I have done and I have also written to him.

“The president has subsequently instructed the Attorney-General of the Federation, Abubakar Malami, to begin the process,” he said.

The governor said he was optimistic that at the next meeting of the Council on Prerogative of Mercy, the president would grant the pardon.

Obaseki also gave the assurance that he was working with his Delta counterpart to ensure that pension due to late Alli was paid to his widow and the family.

The governor praised the former governor’s development strides in his single term in the defunct Bendel.

On his part, Governor Ifeanyi Okowa of Delta said the state would continue to remember Alli for developing it, adding that the people had a lot to thank him for.

“We are grateful, as his developmental strides can still be seen years after his death,” he said.

Eldest son to the former governor, Mr Andrew Alli, the Ezomo of Ekpoma, regretted that his father was still termed a criminal despite his contributions to the development of Delta, Edo and Nigeria.

Alli was reportedly arrested and sentenced to 100 years in prison by a military tribunal for allegedly misappropriating N983,000 meant for a road project when the military government of then Major-General Muhammadu Buhari took power in 1983.

He was said to have been later freed when the Esama of Benin, Chief Gabriel Igbinedion, paid a fine to the government.