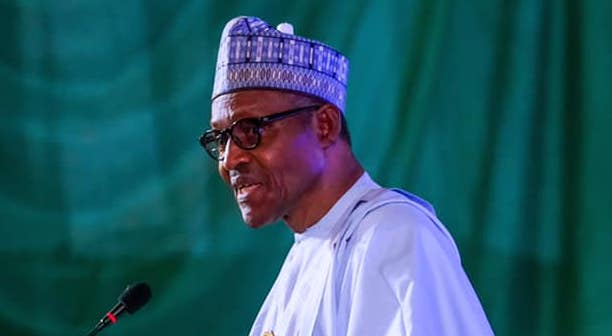 The Buhari’s administration, according to IYC, is still allegedly treating some parts of Nigeria with bias almost five years after assuming office.

The group President, Pereotubo Oweilaemi, said in a statement that Buhari’s policies and programmes were not for the benefit of the south-south and the South East parts of the country.

He said: “Just recently on Wednesday the 27th of November, 2019, the Federal Executive Council (FEC) has approved the sum of N19billion to construct roads in northern and western parts of the country. Despite the deplorable states of the federal roads in the Niger Delta region, none was considered by FEC.

“East-West Road, Warri-Benin Road and Benin- Asaba Road amongst many others are now death traps to road users. In fact, movement from Warri to Benin federal highway has been cut off as the road is completely damaged. Similarly, the East-West Road is no longer motorable as some portions of the road, especially from Bayelsa to Rivers State axis has been damaged.

“Regrettably, these are the only roads that connect the Niger Delta to other regions. Even the Minister of Works is paying lip service to our plight as commuters are undergoing excruciating pains and agonies in plying these roads. Babatunde Fashola’s reference to the deplorable state of the Warri-Benin Road as mere media hype is an insult to the Niger Delta people.

“If the south- south or the Niger Delta region is part of Nigeria then President Buhari, his Minister of Works, Raji Babatunde Fashola, and other top government functionaries should take a visit to the roads in the region from Cross River State down to Edo State and see things for themselves. From the way and manner the present government implements its policies and programmes, it appears that Buhari did not see Niger Delta region as part of Nigeria.

“The East West road project which was awarded since 2006 by former President Olusegun Obasanjo has been completely abandoned by Buhari’s government. The present government has displayed an unmitigated hatred for the Niger Delta people, perhaps due to our political leaning in the past elections.

“Niger Delta people cannot fold their arms and allow the government to use the resources from their land to develop other regions, while they watch with grimace faces. The present government should not by act or omission incites Nigerians against one another. You can’t claim to be propagating one Nigeria dream when some parts of the Country are not feeling the dividends of democracy under your watch.

“The ruling government should have a rethink of its policies and programmes. The President’s actions and body language are polarising this Country along political-cum ethno-religious lines. He should be a uniting factor and not one that keeps Nigerians further divided. If Buhari kept on allowing this political apathy and alienations against Niger Delta people to fester then we afraid that the existing peace in the oil sector may not be sustained in the long run.

“The signs are just there, staring us in the face. Mr. President should save this country from another economic crisis in the oil sector. Nigeria belongs to all of us. We all have equal rights to development if we must continue to live as united partners.”

Why we donated vehicles to Cameroonian vigilante –Borno govt